Students from the Faculty of Journalism win the GoodStuff competition

Our students brought four victories in the 3rd International students’ festival of debut films and journalism works GoodStuff which is annually held at Tomsk State University. Among the members of the jury were representatives of television and radio companies from Prague, Moscow, Krasnodar, and Tomsk and lecturers from Russian universities.

“Such competitions are a wonderful opportunity to share experience,” said the supervisor of the projects, a professor from the Faculty of Journalism, Alla Shesterina. “It is not the victory that matters but a chance to get an independent opinion about your work. For example, this year, despite many awards we could not get a prize in the nomination “Documentary”. We’ll try to do better! Such competitions always encourage development. 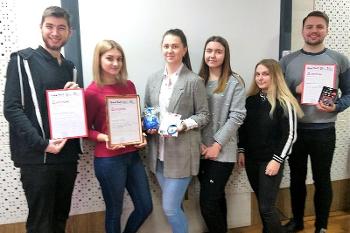 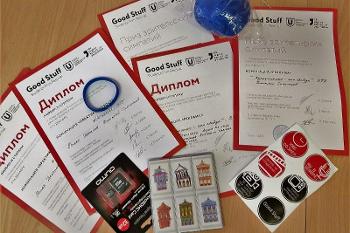