DNA mutations are considered to be the main cause for hereditary breast cancer. These mutations lead to a malfunctioning of a number of genes, which are associated with a risk of breast cancer. Early detection of these mutations considerably helps to reduce the risk of cancer and increase the chances to preserve a high quality of life if the disease develops. The research of the junior researcher at the Faculty of Biomedical Sciences, Sergey Solodskikh, is aimed at solving this problem. He has developed a test system for the early diagnosis of a predisposition to breast cancer “OnkoPRIME I”. 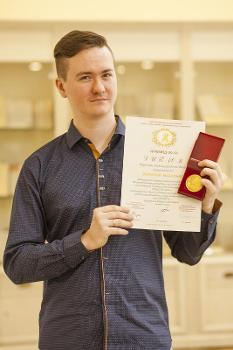 The clinical practice in the Russian Federation commonly uses hereditary breast cancer diagnostics to detect founder mutations which are deemed to be common among Russian population and can be related to the risk of breast cancer. However, according to the years-long clinical studies and study results on which the test system “OnkoPRIME I” is based, these mutations are more characteristic of North America and Eastern Europe and are rarely found in Russia. Using the latest DNA analysis methods, VSU scientists discovered that these mutations have no clinical relevance and are not likely to be used for a reliable diagnosis.

VSU scientists, Sergey Solodskikh, Anna Panevina, and Maria Gryaznova, in cooperation with Voronezh Regional Clinical Cancer Detection Centre conducted a large-scale study of 200 patients with confirmed diagnosis of breast cancer. They carried out DNA sequencing by means of bioinformatics, and analysed the data. The study revealed mutations relating to an increased risk of breast cancer, which is characteristic of our country. The test system “OnkoPRIME I” uses the data to identify a predisposition to the disease. The test system is based on the PCR method used for a quick and inexpensive detection of DNA mutations.

The population-based principle is a distinguishing feature of Sergey Solodskikh’s development: mutations detected by the test system are characteristic of the Russian population and can be used for efficient cancer diagnostics.

“Using the test system “OnkoPRIME I” in clinical practice will allow considerably increasing the detection rate of hereditary breast cancer. It will contribute to a reduction in the burden of the disease and to the mitigation of the disability and death rate. Using this test system will also help reduce expenses for cancer treatment, diagnostics, and rehabilitation,” said Sergey Solodskikh.

In 2018, this invention by the VSU scientist received the gold medal of the 22nd Moscow International Inventions and Innovative Technology Salon "Archimedes". This year, lecturers from over 300 organisations from 35 countries and 44 Russian regions participated in the competition. 850 inventions were presented as part of the display. The contest application was prepared with the support of the Department of Innovations and Enterprise Management. 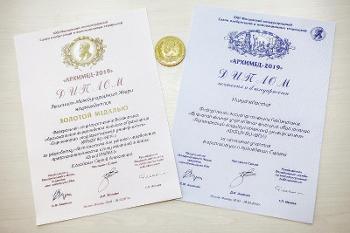