The 17th educational exhibition “Education and Profession 2019” was held in four Uzbek cities. It represented over 40 universities from all over the world. Voronezh State University took part in the event for the first time: the VSU delegation, headed by Rector Dmitry Endovitsky, presented the university’s stand in Tashkent and Samarkand. The guests of the exhibition had a chance to learn about VSU, its programmes, enrolment criteria, and studies. The university delegation provided consultations about enrolment to over 300 prospect students. 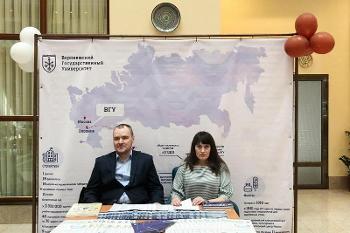 During the visit to Uzbekistan, representative of our university signed a cooperation agreement between VSU and Nizami Tashkent State Pedagogical University. The parties agreed on an academic exchange of students and academic staff and joint programmes for postgraduate students. The University of Tashkent was invited to take part in the Tournament of Three Sciences. What is more, VSU concluded an agreement with the training centre Alfakom. The exhibition included meetings with prospect students and negotiations with the administration of Samarkand State University and the International Tourism University. The VSU delegation also visited a partner university, Samarkand State University of Foreign Languages, with which VSU signed an agreement in October 2018. 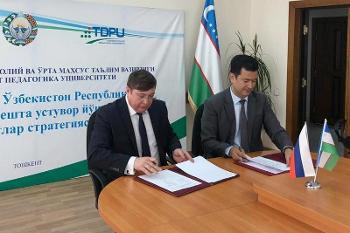 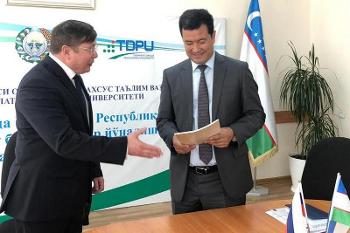 “Last year, at the first Russian-Uzbek forum which was held in the framework of the official visit of the President of the Russian Federation, Vladimir Putin, to Uzbekistan, a number of cooperation agreements were signed between universities of the two countries and further areas of cooperation were specified. The forum was followed by the visit of the VSU delegation to Tashkent and Samarkand. As a result, the parties signed new agreements, agreed on the conditions of participation of Uzbek universities in VSU summer school programmes, specified joint educational programmes aimed at promoting the Russian language in Uzbekistan, and set out joint activities with regard to submitting applications to the European Union programmes, including Erasmus+ programmes. What is more, our representatives consulted prospect students considering VSU's educational programmes.  It should be noted that the interest in Russian education in Uzbekistan is very strong,” said Dmitry Endovitsky.