The first Russian translation of the book of fairy tales by Sándor Kányádi “Magic Mirror and Other Stories” was presented in the Hungarian cultural centre in Moscow. The book was published by the VSU Publishing House. It was written by a wonderful Hungarian poet and story-teller, a laureate of the most prestigious literary awards in Hungary and Romania (the author was born and lived for a long time in Transylvania), and a number of international prizes. 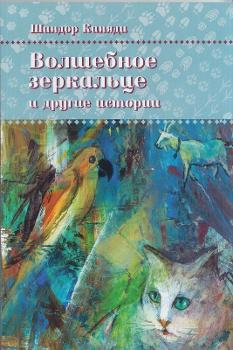 To mark the 90th anniversary of Sándor Kányádi, the Hungarian Embassy in the Russian Federation decided to publish his collection of fairy tales for Russian readers. It was decided to commission the publishing of the book through the VSU Publishing House which has already implemented similar international book publishing projects.

“I was lucky to know Sándor Kányádi personally and to interview him at the Moscow bookfair in 2013,” said Dmitry Diakov, the Director of the VSU Publishing House, in his presentation. “He was a wise man who saw a lot in his life. His ideas were deep and he was emotionally involved in the life of the modern world, no matter if it made his happy or sad. He believed that our beloved land, where the bones of our ancestors rest in peace, can be both the adorable mother and the spiteful stepmother”. 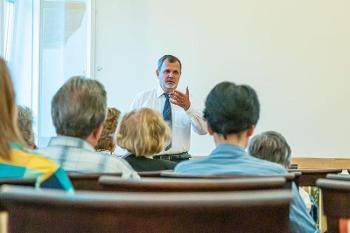 Writers and translators, who were among the audience, remembered their meetings with Sándor Kányádi and talked about the peculiarities of the poetic style of his fairy tales. Their language is beautiful and understandable and helps the young reader to become familiar with a wide range of human emotions, ideas, and actions.

At the end of the event, the staff of the Hungarian cultural centre thanked the VSU Publishing House for the beautiful publication and expressed their hope for further cooperation in joint projects.

The collection of fairy-tales by Sándor Kányádi was illustrated by the famous Voronezh artist, Alexandre Voroshilin.