On 5 July, a graduation ceremony for master’s degree students was held. Traditionally, the ceremony took place in Admiralteyskaya Square.

The column of 1,000 graduates of master’s degree programmes, wearing official academic gowns and caps, paraded from the main university building to the main historic square of the city accompanied by music performed by the combined orchestra of Voronezh Philharmonic Hall. 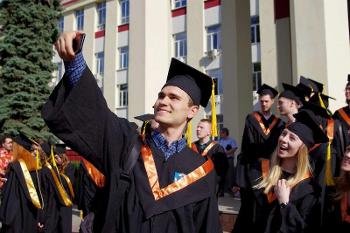 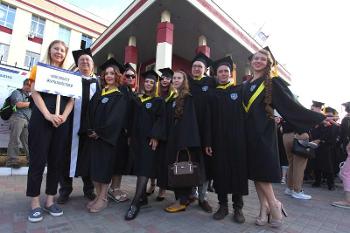 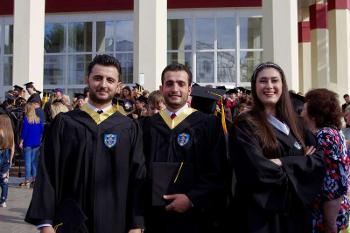 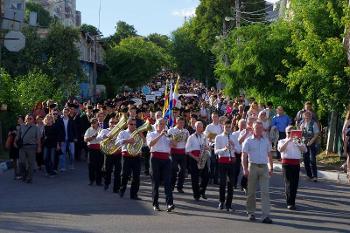 The ceremony started exactly at 18.00. The event began with the procession of the honour guard and a group of military students of VSU Military Training Centre who carried the flag of the Russian Federation, the Voronezh Region, and Voronezh State University.

The first speaker to congratulate the graduates was VSU Rector Dmitry Endovitsky.

"Graduates, you are going to shape the technological, political, and social image of our Motherland. For Russia, and for Voronezh in particular, 1,000 master's students is a considerable contribution to the national intellectual elite. I wish you lots of success and hope you are determined to move forward. Keep on studying and developing. Our motto is "sempre in motu", "Always in motion”! Vivat, master's students! Vivat, university! Vivat, Russia!” 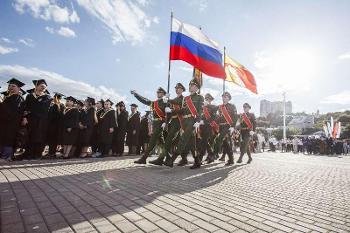 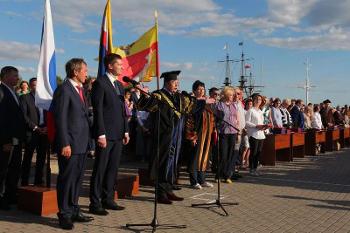 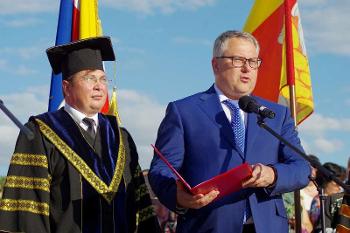 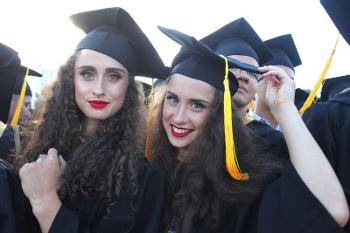 Alexandre Zakurdayev, Deputy Chairman of the Central Black Earth Branch of PAO "Sberbank", also congratulated the master's students. Oleg Mosolov, the Head of the Department of Education, Science, and Youth Policy of the Voronezh Region, congratulated the audience on behalf of the Governor of the Voronezh Region, Alexandre Gusev. "A VSU degree is a special privilege and your first step on the way to successful career and other achievements in your life. I am also very grateful to your teachers, scientific supervisors, the faculties' administration, the rector's office and everybody who helped you to become highly educated specialists and personalities. As the governor I would like to ask you: "When you say goodbye to your university, do not say goodbye to the Voronezh region. Here you have a lot of opportunities to use your knowledge and talents"”. 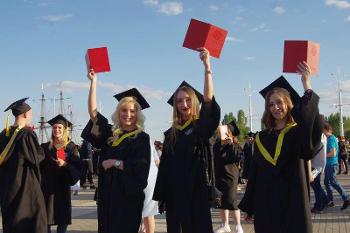 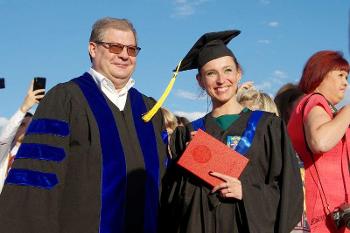 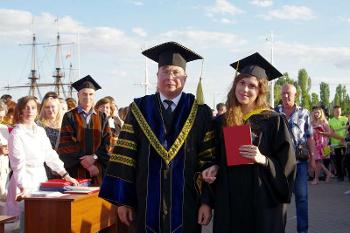 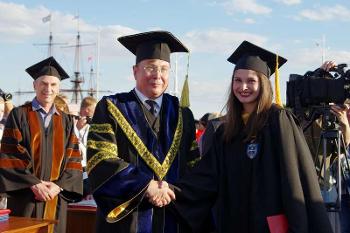 As is traditional the graduates expressed their gratitude. Daria Bykova, a graduate from the Faculty of Geography, Geoecology, and Tourism, spoke on behalf of master's students. She thanked the administration of the university and the academic staff for understanding, patience, support, and wisdom.

Niambi Ncegani Divin Florsil from Congo spoke on behalf of the international students:

"I would like to thank Voronezh State University for the opportunity to be a part of its life and its history. For having us here and giving us not only knowledge but also the unforgettable moments of the students' life. I would like to thank the Institute of International Education which gave me so much love and support. Thanks to VSU lecturers I was not just a student but a little star as I took part in various university and municipal concerts. Thank you VSU, thank you Voronezh, thank you Russia!" 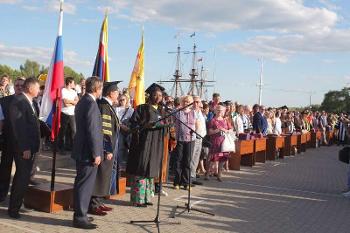 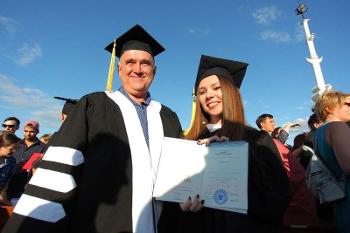 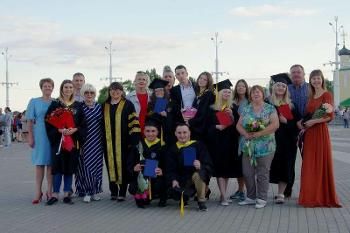 Then, all the master's students together with Alexandra Leshkova, a graduate from the Faculty of Applied Mathematics, Informatics, and Mechanics, gave the oath of the graduate which concluded with the words: "I swear! I swear! I swear!"

Finally, the students' anthem “Gaudeamus” was played and then it was time for the wonderful moment every graduate had been waiting for: they received their diplomas and hundreds of academic caps were thrown in the air.

This evening, VSU gave its master's students a musical present. The audience watched an unforgettable and sparkling drums show by "Drumataca". 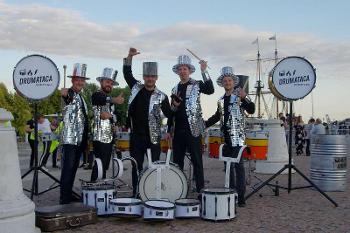 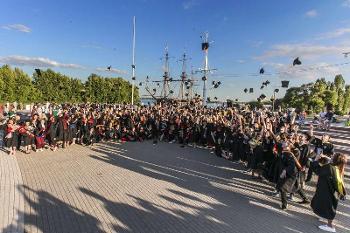 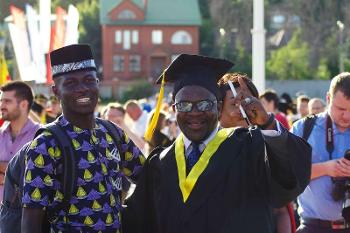 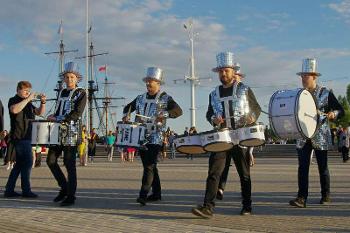 In 2019, 1,000 master's students graduated from Voronezh State University. They launched the second century of the university’s history.

More photos of the event can be seen in the official Vkontakte university group.