Valday shows its beauty to students from our university

The Valday hills is a place abundant in classical Russian landscapes with blue necklaces of lakes, murmuring streams and rivers, water cascades falling from hills, and the patchworks of high moors. Valday is also a mysterious place hiding the birth secret of the great Russian river, it is also the crossroads of ancient roads. Valday is called the cradle of Russian rivers: it is the beginning of basins of three seas and the main source of fresh water in Russia. Water tourists and hydrographers have long been familiar with the lakes Seliger and Valdayskoye. Thanks to environmentally-friendly culture and reasonable management of resources it still has patches of pristine nature. 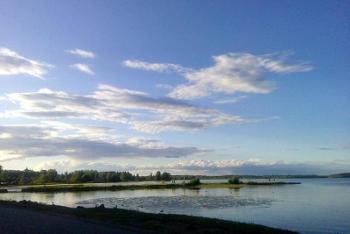 The town of Valday is also a historical sight as it is over 500 years old. It has unique museum where you can hear the melodious tinkle of Valday bells. 50 km off Valday, on the river Pestovka, there is the first fish breeding factory in Russia and the museum dedicated to the outstanding fish farmer, Vladimir Vrassky. The system of pond fish farming which Vrassky developed in 1850s is still being used.

This year, the Valday branch of the State Hydrological Institute welcomed third year students from the Faculty of Geography, Geoecology, and Tourism of Voronezh State University who went there for practical training. The head of the practical training was Svetlana Stcherbinina, associate professor from the Department of Natural Resource Management. 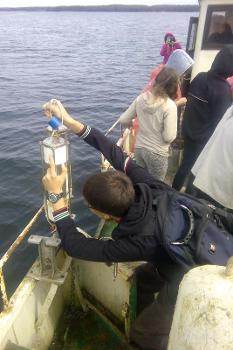 “Thanks to the professionalism and responsibility of the staff, our students had a chance to receive all the necessary practical skills and theoretical knowledge”, said Svetlana Stcherbinina.

While they were at the Valday branch, the students visited a meteorological station situated in the central estate, the museum of hydrological instruments, precipitation and hydrometrical sites, run-off and coastal water-evaporation sites, run-off recording station in the ravine Tayozhny, hydrometeorological site in Yazhelbitsy on the river Polomet, Doppler weather radar DMRL-1, and weather radar MRL-2, and took part in the routine monitoring of the lakes Valdayskoye and Uzhin. They were also given a lecture in Geodesy and had an unforgettable tour around sights of Valday. 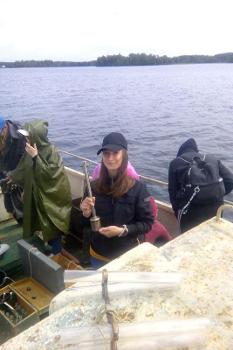 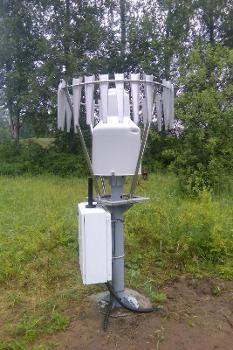 “I’ve already studied at the university for 3 years and I can’t remember many practical trainings which I could say were as monumental, useful, and highly scientific. Water balance training in the Valday branch is one of them. The staff of the branch were very kind and friendly. I was really impressed by their responsible attitude to their profession. Their fascinating stories made us see the profession of the hydrologist from another side. I saw it in a new light. This practical training allowed us you to see impressive Soviet, Russian, and international equipment”, said VSU student Angelina Vitenko.

“I am absolutely delighted that I visited this unique place.  It was full of unforgettable events. The enormous number of investigations organised and carried out in the 20th century is really impressive. However, nowadays, these numbers have considerably decreased and international equipment have taken place of the Soviet and Russian equipment. Automated systems that can easily replace people have appeared. I was impressed by the work of the staff, their enthusiasm and enormous knowledge, careful attitude to ecosystems and water bodies of the Volday hills”, said VSU student Anastasia Gorelova. 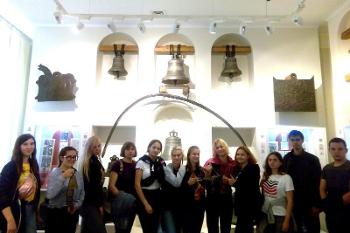