On 18 October, the 5th National Science Slam was held at the club “AURA”. The event was sponsored by the Russian Foundation “Znaniye”, SIBUR company (as a part of the charity programme “Formula for a good cause”), the Presidential Grants Foundation, OOO SPLAT GLOBAL, DataArt, and Voronezh Region Youth Government. The idea of organising a popular-science show in Voronezh belongs to Dmitry Kouda, staff member of the Faculty of Physics of Voronezh State University.

This year, 6 researchers from Voronezh, Tula, Ekaterinburg, Samara, Novosibirsk, and Khabarovsk competed in the final of the slam. The finalists presented their research projects in various spheres, from engineering to medicine. The winners were determined by the intensity of the applause of the audience. This year’s winners are Andrey Timofeev from Novosibirsk, who talked about the future of the light unmanned aircraft, and Konstantin Prokhorov from Khabarovsk, who suggested a new method of gold mining under difficult conditions. 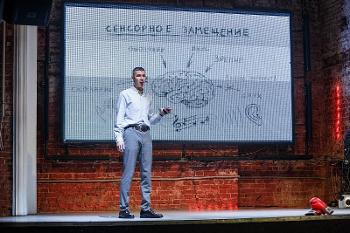 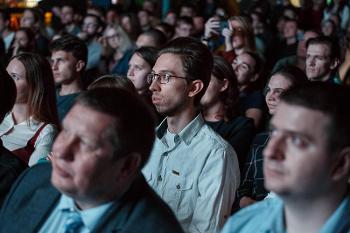 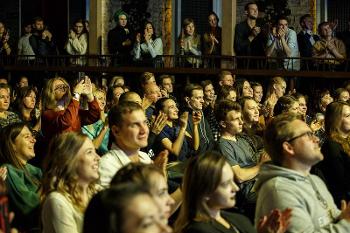 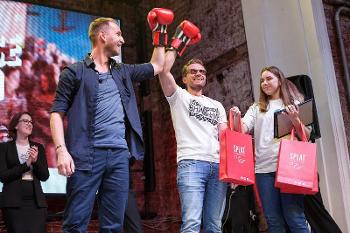 “The National Science Slam takes place annually. We select the best speakers of the year from all over the country, and one of them becomes the champion ,” said Arina Pushkina, director general of the Science Slam Russia Association.

The event also included an award ceremony of the competition “The Best Lecturer”. The awards were given by Vladimir Kuimov, director of the Russian Foundation “Znaniye”.

Science Slam is an original way to popularise science, which came to Russia from Europe several years ago. Each contestant has only 10 minutes to talk about their project. The key feature of the event is that scientists explain complex ideas in a simple way using humour and their creativity. 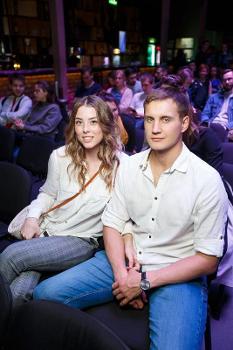 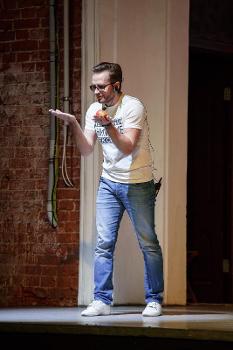 Science Slam is held in more than 20 cities in Russia, and the number of participants had already exceeded 900. This year, Voronezh was chosen to hold the final of the slam.