On 27 February, students and staff of Voronezh State University celebrated the Maslenitsa festival. The participants of the event had pancakes, took part in a cooking competition, danced traditional ring dances, and sang folk songs with the folk music group Terem.

The festival started with a cooking competition organised and held by the student teams of Voronezh State University. 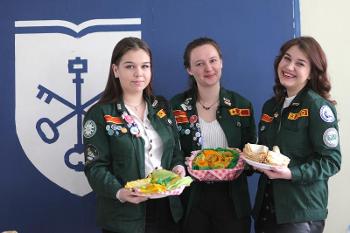 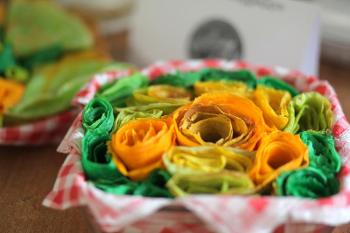 “The members of each team cooked pancakes. Every volunteer could taste them and vote for the tastiest. It was nice to learn that our members are also interested in cooking. I hope that new members will join our team after this tasty event.” said Diana Danilova, a member of the team “Iceberg”. 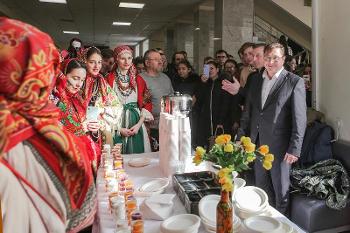 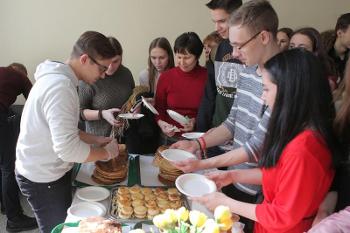 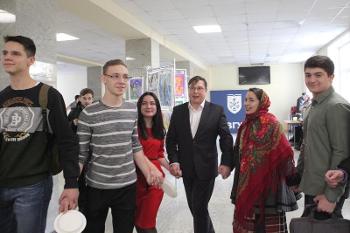 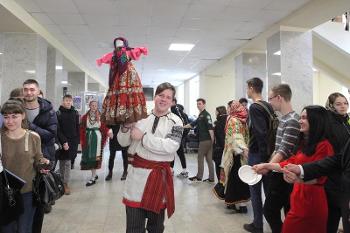 In the second half of the day, VSU Rector Dmitry Endovitsky congratulated the university staff with Maslenitsa and wished them all a good mood and productive work. Afterwards the visitors could dance traditional ring dances with the folk music group Terem.

“It wasn’t an easy start this term. But this isn’t a reason to feel downhearted. Look, how many happy faces can be seen around! I would like to thank the university administration for the magic atmosphere!” said Tamara Mestcheryakova, a third year student from the Faculty of Applied Mathematics, Informatics, and Mechanics. 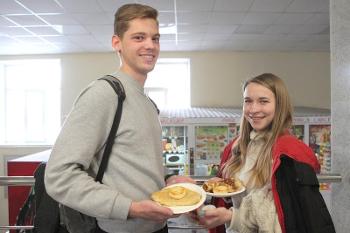 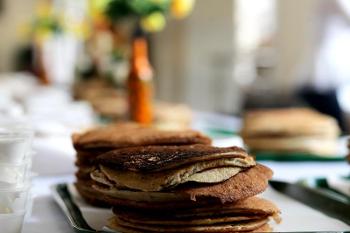 “I’m full of energy! The beginning of the new term was not bad at all, you learn a lot of new and interesting things every day. Such events help you take a short break from studying. I wish the students to achieve good results at the end of the year and for the teachers to be patient and energetic,” said Anastasia Konstantinova, a second year student from the Faculty of Chemistry.