Diana Timoshenko, associate professor at the Department of Recreational Geography, Country Studies, and Tourism of Voronezh State University, took part in the 5th International Scientific Conference “Arctic: History and Present” 2020. The researcher presented the results of her research conducted between 2010 and 2020 in the report “Sustainable development of tourism in the Russian Arctic: challenges and prospects” within the topic “Tourism and its development prospects in the Arctic region”.

The goals of the research were to determine the main trends of sustainable development of tourism in the Arctic Region of the Russian Federation and the development of theoretical, methodological, and practical recommendations for the promotion of the national Arctic tourism. 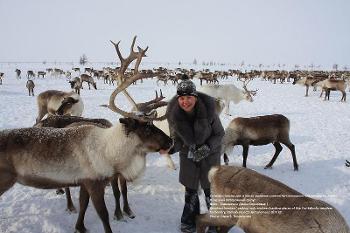 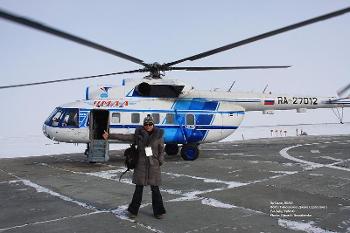 “My work structurally presents the materials of my expeditions to Franz Josef Land, the Murmansk Region, the Arkhangelsk Region, the Nenets Autonomous Okrug, and the Yamalo-Nenets Autonomous Okrug. To sum it up, it can be said that the development of Russian tourism in the unique economic conditions of the Arctic Region requires social responsibility, preservation of the unique culture of the indigenous ethnic minorities of the North, and rational usage of its tourism and recreation potential,” said the speaker.

Diana Timoshenko told the audience about the key sustainability principles in tourism, the conception of tourism promotion in regions, and sustainable development of Arctic tourism. She also described tourist services characteristic of the Russian Arctic and how tourism business processes can be modified in the Arctic region.

The results of the conference, including the article by Diana Timoshenko “Sustainable tourism development in the Russian Arctic: challenges and prospects” will be published in a collection of articles within the international series IOP Conference Series Earth and Environmental Science.

“The article “Sustainable tourism development in the Russian Arctic: challenges and prospects” proposes solutions aimed at the enhancement of the system of tourism promotion and branding in the Arctic Region of the Russian Federation. It also emphasises the importance of the involvement of indigenous ethnic minorities of the north in the development of Arctic tourism and gives recommendations on the protection of indigenous ethnic minorities of the north in the context of the current crisis. Additionally, the paper lists key competencies for people involved in the Arctic tourist industry. It also proposes innovative pedagogical technologies aimed at better training of highly specialised staff in the tourist industry with the due regard to the current economic development as people in tourist and hospitality industries do matter,” said Diana Timoshenko.