An anniversary of double degree programmes: five years of cooperation between VSU and the University of Göttingen

Students and lecturers from the two leading universities told us about the five-year cooperation between Voronezh and Göttingen.

“I had the luck to take part in all stages of the project, starting from the development of its concept to the moment when it was implemented and we had our first students enrolled on the programme in 2015. Looking back, I am happy to say that our efforts have paid off. Russian students in Göttingen have an opportunity to travel around the country, learn German, and have new scientific and cultural experiences. I would like to emphasise that this joint master’s programme appeared to be very effective, viable, and is one of the most important symbols of our successful cooperation. I would also like to mention the names of two professors who were among the originators and drivers of the project. They are Professor Matthias Freise from the University of Göttingen and Professor Andrei Faustov from Voronezh State University. The recipe for the success of our project is their devotion, close and fruitful cooperation, and determination to reach all the goals,” said Marianna Leonova, a researcher from the University of Göttingen. 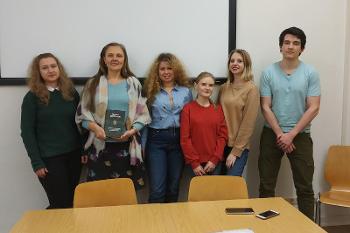 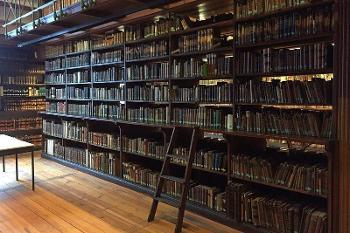 “This cooperation has been very important and highly beneficial for the development of Russian Philology at the University of Göttingen. The methods which hadn’t been fully developed at out university (such as digital studies in philology) has been strengthened thanks to researchers from VSU. The visits by the lecturers from the Department of Russian and Foreign Literature at VSU to our department have been the most beneficial. They not only teach students, they get involved in the literature colloquium, give presentations, and discuss contemporary issues of philology with researchers from the University of Göttingen. Master’s students from Voronezh who come to the University of Göttingen also have a positive influence on the educational process and the Russian studies at the University of Göttingen. First of all, they are very knowledgeable, they are very familiar with works of Russian classical writers and poets, and that is why they can provide very deep and detailed analyses of texts. This, as well as diverse points of view, boosts discussions at seminars. 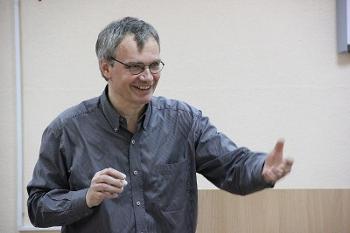 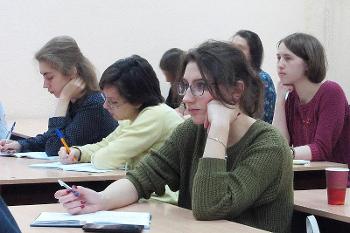 Students do not have to know German when enrolling on the master’s programme. During the first two terms at VSU, they have a chance to learn German from the very basics. In the third term, which they spend at the University of Göttingen, master’s students can study specialised disciplines which are taught in Russian and improve their foreign language skills.

Daria Nevolina, a master’s students completing the programme, told us about her achievements during the semester in Germany:

“I liked the way German lessons are taught at the University of Göttingen: apart from the main course you can also enrol on special courses aimed at practising special language skills. For example, I attended German classes on listening, speaking, and phonetics. One of my achievements is that by the end of the term I could study, attend lectures, and take part in seminars in the German language without any problems! In Göttingen, we learned new methods and approaches in literary studies and we could use them in our graduation papers as well as add references to works by international researchers. The most memorable course had lectures by Professor Freise who told us about a method in literary studies, which he had developed himself, a typology method.” 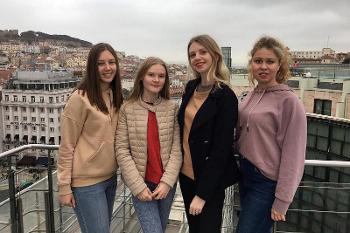 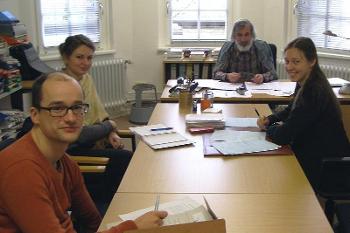 Yulia Tikhanova, another student of the programme, enjoyed the atmosphere at the University of Göttingen which made it easy to acquire knowledge:

“Of course, our main goal was to prepare our master’s dissertation. The University of Göttingen has wonderful libraries where you can find a lot of useful information for your research paper. We had a lot of assignments. Some of them were from Voronezh State University and we had to do them while we were in Germany, others were given at the University of Göttingen. It was quite challenging to hand in all the assignments on time but we tried to do our best. I even had time to read a few books by German classical writers which I had always put off for later. My most favourite course in Göttingen was the course by Marianna Leonova. It was dedicated to the analysis of literary texts. These are definitely not the kind of classes that you would rather sit through without saying a word. We often had very heated discussions. And we learned a lot of new things. Now, it seems to me I knew nothing about the world before this trip. And now I want to see and read as much as possible. As for me, I feel even more eager to learn.”

German philologists work with our students only for a semester. And they all agree that students from Russia who come to study in Göttingen are talented and well-prepared:

“It is a sheer pleasure to work with master’s students from the Faculty of Philology of Voronezh State University. They are well-read, knowledgeable, and have wonderful analytical skills. We have really vibrant discussions during our classes and students prove their theories with the help of texts and different literary approaches. We have a wide range of topics: for example, in 2017 and 2018 we used a cultural and comparative approach to discuss masterpieces of the German and Russian literature and in 2019, we were focused on Russian, American, and French literature. In 2020, students are going to compare and analyse four masterpieces of Russian, English, German, and French literature dedicated to the themes of love, happiness, treachery, and treason. Other seminars and lectures dealt with Old Slavic texts, poetry from the Silver Age, Tolstoy’s works, social realism, and the analysis of film adaptations of literary works.  Every year, we try to make the visits of students completing the master’s programme “Russian Literature in the European Context” as interesting as possible. For example, in 2019, Professor Freise organised an international conference dedicated to Dostoevsky’s works. Apart from lectures, seminars, and foreign language courses there was also an international scientific colloquium which provided the students with a unique opportunity to learn about the latest research in the area of literary studies. Among the participants of the colloquium were lecturers and scientists from Germany, partner universities from Western and Eastern Europe, and Voronezh State University,” said Ksenia Kuzminykh, the curator of the master’s programme and researcher at the University of Göttingen. 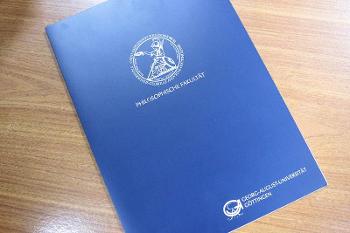 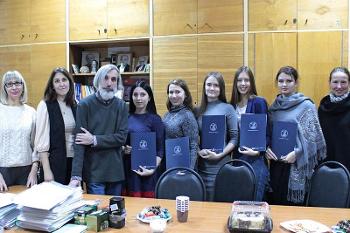 The knowledge and skills that students acquire during the programme allow them to have a more successful career related to writing texts and communication. This year, 24 master’s students will graduate from the programme as a result of the five-year cooperation.

Tatiana Titova, one of the graduates, told us about her career after the master’s programme:

“I work as an editor and writer for a medical portal. I also improve Yandex search queries. I think this programme had a great impact on my life because after it I started seeing things in a different way. While studying in Göttingen, I met a lot of new people and had new experiences. I also learnt to think globally. The programme motivated me to keep on studying foreign languages.”

To enter the master’s programme you have to take an exam: a written exam on Russian language and Russian and foreign literature.

“You don’t need any special knowledge (apart from the basics of philology). Of course, a basic knowledge of German and/or English is an advantage. Taking into account that this is a literary programme (that is unique in Russia), prospective students are expected to be well-read, be able to interpret a literary text, and love literature. The term in Germany is supported by Erasmus+ and DAAD scholarships (irresponsible of whether the master’s student studies in Voronezh on a fee-paying or a state-funded basis). What is more, students in Germany are entitled to different privileges: free transport fares in the federal land of Lower Saxony (where Göttingen is located), free museum and exhibition admissions, and others. It is quite beneficial to be a student in Germany. However, this certainly is not the most important thing. One of the advantages of the master’s programme is a chance to learn in real life rather than on-screen about another culture, language, the system of education, and another approach to understanding literature as well as a chance for self-actualisation. In other words, do not miss your chance!” said Andrei Faustov, Professor at the Department of the Faculty of Philology and the Head of the master’s programme.