Online conference with an expert in EU domestic and international policy

On 15 May, the Centre for the European Union Studies at VSU participated in an online conference “Is the populist rhetoric in EU going to change after the pandemic?” with Mariusz Sielski, professor from the College of Europe (Bruges, Belgium). 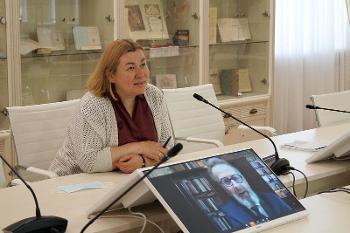 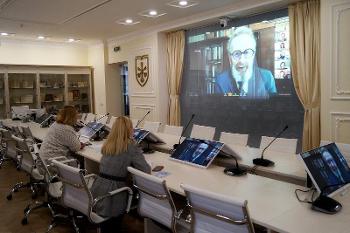 Professor Sielski presented a report on the development of European scepticism in the EU countries and the interrelation and interdependence of this phenomenon with the rise of populism and populist parties in some countries of the European Union, such as Hungary, Italy, Greece, Poland, Sweden, and France. Particular attention was paid to the rhetoric of populist parties over the course of the pandemic and its changes under the conditions of world crisis.

Mariusz Sielski is an expert in the domestic and international policy of the EU and, particularly, its relations with CIS countries. Professor Sielski has worked at the University of Warsaw, at the European Studies Institute of Moscow State Institute of International Relations, and Harvard University. He is the founder of the analytical portal “Eurasia” focusing on the policy of the former Soviet Union countries.