A collection of early-printed books in the University Library

24 May is the Day of Slavic literature and culture in Russia. This day is dedicated to the brothers Cyril and Methodius who devised the Cyrillic alphabet.

The development of Slavic book-printing encouraged the unification of Russian literary language and writing as well as the growth of education. All books printed in Cyrillic characters from the 16th to the first quarter of the 19th century are called early-printed Cyrillic books. The presentation of these books is a significant event in the cultural life of Russia. In addition to church books, legislative and informational materials, literary works, collections of hagiographical or cautionary tales, as well as educational books for common people were printed in Cyrillic characters.

Early-printed books have been traditionally stored at most regional and university libraries and in historical and local history museums. The Rare Book Section of VSU library has a collection of over 30 books of this kind. The earliest book is “Apostle” printed in Moscow typography in 1648. The copy is well-preserved as the book case is made of leather-covered boards. There are some modest decorations which are also intended for the preservation of the book. For example, there are props on the lower part of the book case called “zhukovina” which prevented the book from contact with other surfaces. In those times books were closed with special clasps for better preservation of the pages. The copy that is kept in the VSU library has only one clasp. The text was printed in two colours, red and black. 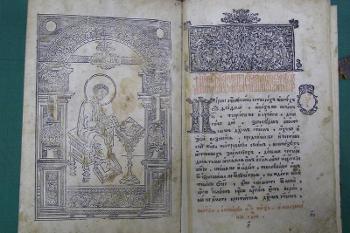 In 1630s they started printing secular books in Moscow, for example, “The Sobornoye Ulozheniye of Tsar Alexei Mikhailovich” printed in 1649. It is a legal code that was used in Russian until the first half of the 19th century. All the pages in the copy of this book that is kept in the VSU library survived, although the book cover was lost. 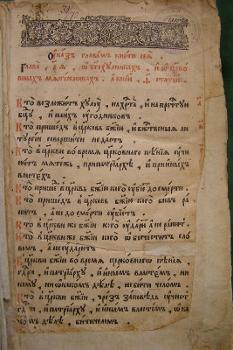 The main textbook used to teach children in arithmetic schools in the 18th century was Leonty Magnitsky's “Arithmetic, that is to say the science of numerals” (Moscow, 1703) which is rightfully considered the first educational encyclopedia on mathematics. It is a big 325-page volume printed in Cyrillic characters with Arabic numerals. The textbook's magnificent frontispiece is topped with the Russian coat of arms. The book was colourfully illustrated by the artist Mikhail Karnovsky. There are three copies of this textbook of different conditions in the library’s collection. 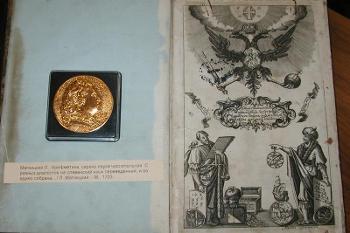 Another interesting work is Wilhelm Stratemann's “Featron, or Historical Shame” (St Petersburg, 1720) translated by Gavriil Buzhinsky, closest associate of Peter the Great. The book, which was issued with a printing run of 1200 copies, is considered the first general history textbook. In 1749 the textbook was withdrawn from circulation by the order of the Synod. The copy kept at the VSU library once belonged to Evfimy Bolkhovitinov who was a historian, bibliographer, church figure, and the first local lore specialist in Voronezh. 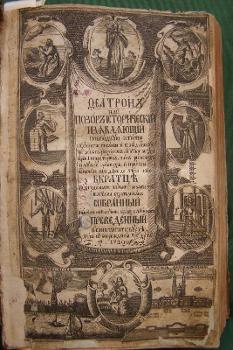 By the 18th century, over forty typographies in Russia and abroad were printing books in Cyrillic characters. Apart from the editions printed in Moscow and St Petersburg, our library also has book from other typographies. Among them are: “Holy Mother of God's fleece covered with dew” by Dimitry of Rostov printed in 1696 by the typography of the Trinity Monastery in Chernigov; “Aristotle’s peripatetic school of philosophy” by Mikhail Kozachinsky printed in 1745 by the Lviv Brotherhood typography; “Lives of the Saints for June, July, and August” printed in 1764 by the Kiev Pechersk typography.

Cyrillic books were widespread in Russia and abroad and popular among different segments of the population. The presence of early-printed books in Voronezh Region is indicative of the high level of provincial culture. For several centuries these books had served as a source of knowledge and cause for reflection, and now they help us to study the spiritual life of the Russian society from the 16th to the first quarter of the 19th century.