Russian3DScanner (Voronezh) develops software called Wrap which sells in over 30 countries. Wrap users are game companies, visual effects studios, character artists, and 3D-scanning services. Students from the Faculty of Computer Sciences: Leonid Prokhorchenko, a first year master’s student, Ivan Kosenko, a third year student, and Alexander Borisov, a fourth year student, told us how to get the job of your dream straight from the university.

“I am in the fourth year at the Faculty of Computer Sciences, my specialisation is Information Systems and Technologies at the Department of Programming and Information Technologies. Programming was, of course, the main focus of the educational process. At the end of the first year, my lecturer suggested that I should go to an interview for an internship at Russian3DScanner. It is a common procedure: interns are usually selected from the best students. So I can say that it wasn’t me who found the job but rather the job found me. And I was keen on working with computer graphics. I decided to give it a try and at the very least to get an interesting experience. I didn't know anything about Russian3DScanner but when I read about them on the Internet I was quite surprised to learn that such cool guys work in Voronezh. After the internship, I was offered to stay on: the company management go easy on combining work and study. As a result, I became so involved that I used real projects in my course and graduation papers. In our team, responsibilities are not distributed in an explicit way, we all try to reach a specified goal or solve a specified task. I mostly develop algorithms which automate the transition of expressions and gestures of actors into the digital space for motion pictures and games. Each member of our team takes part in projects that are of importance to our company. For example, collecting images of students’ faces. We installed a photogrammetric device at VSU at the Faculty of Computer Sciences and shot 500 people in two weeks. Then we had to organise the process of data separation and to develop special software. It was a nice and quite interesting organisational experience. Finally, we made the data available to our faculty so that all students could use them in their projects. But most of all, I am proud of my latest development work on Wrap4D, which is unrivalled on the digital doubles market. I helped to create a custom detector of lip and eye contours of actors. As for plans for the future, it’s out of the question for me to look for a job at any other company,” said Alexander Borisov. 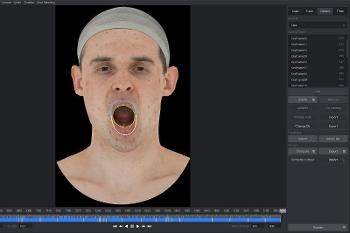 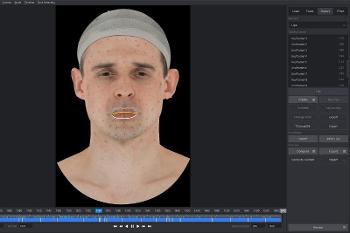 “To start with, it hadn’t been my plan to look for a job before getting a bachelor’s degree. However, at the end of the third year the teacher of computer graphics suggested that I should try to complete an internship at R3DS. It was a good option for summer practical training. I did not know anything about the company but I was really interested in extending the knowledge I had obtained during the university course. Before the internship, I had been fond of computer graphics and had tried drawing things. However, I hadn’t used 3D software a lot. At the interview, I showed a lot of my unfinished projects connected with the amateur development of computer games. As a result, I was taken on, competed the internship, and continued to work for the company where I learnt about the structure of 3D models and the algorithms used to load and display them. Now, I typically develop application architecture or separate modules, and work with frameworks. I think the largest project I have ever taken part in was the development of the R3DS Track application. The knowledge I had received at the university was very useful for that. They treat interns nicely at the company: each of them get a lot of time and attention. Beginners can improve their skills in computer graphics as a whole or in specific areas. They usually continue to study these topics during their coursework and then as part of their graduation papers. For example, my coursework and graduation papers were dedicated to R3DS.” 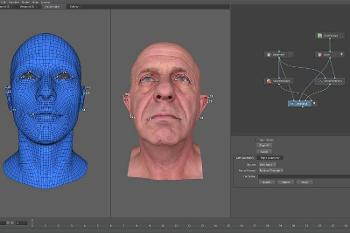 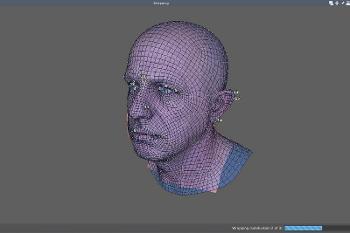 Ivan Kosenko, a third year student of the specialisation “Information Systems and Technologies” at the Department of Programming and Information Technologies told us about his internship:

“I started to look for a job at the end of the first year. Unlike many students, I had no experiences in programming when I entered university, that is why my goal was to catch up with the rest of the class. At the end of the year, I understood that a better opportunity to learn more was to complete an internship at a company. So, I started to look for internships. One day, my future colleagues from Russian3DScanner came to the university and told the students about their jobs. They left contact details and a couple of days later I was there for an interview. Now, my responsibilities include: the development of new algorithms and improving old ones, collecting libraries and the transition of existing applications to a new platform, and working on components of new programs and utilities. Of course, technical skills play an important role: knowledge of maths, languages, programming skills, and designing application architecture. You have to constantly develop them not to be confused whenever you face a new task. As for my achievements, the first thing that comes to my mind is working on one of our core resurfacing algorithms. This method was created during the early days of our company. Last year, I decided to rewrite it with the help of other technologies, which resulted in much better performance. I think this is something I can be proud of. The skills that students develop at the company will help them easily get a job at nearly any company.”