On 27 August the ASR (Association of authors of ratings, ranking and other performance evaluation systems) published the Moscow International University Ranking entitled “The three university missions”. It was established based upon the initiative of the Russian Union of Rectors as instructed by the president of the Russian Federation, Vladimir Putin. 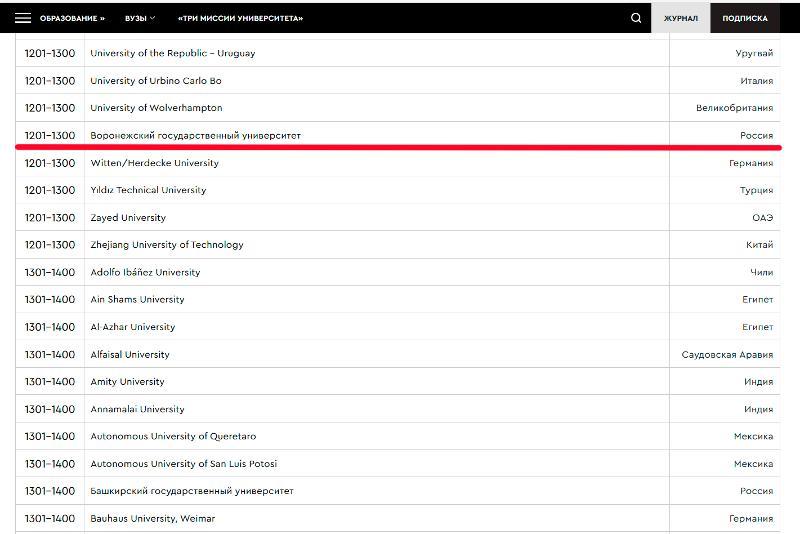 Moscow International University Rating is a totally new rating of academic institutions which is designed to rate the three key missions of a university: education, science, and interactions with the public. The idea of such a ranking was supported by the leading universities of Russia, China, India, Iran, Turkey, and Japan.

This ranking is based solely on objective criteria approved by international experts and it does not include any reputation based surveys. The expert board includes 25 representatives from 16 countries.