Between 21 and 25 September, 5th BRICS Young Scientist Forum was held online in Russia. The participants worked in three sections dedicated to artificial intelligence, ecology, and material studies. Each country was represented in each section by 5 young scientists. Among the participants of the event was Dmitry Vladimirov, an associate professor from the Faculty of Geography, Geoecology, and Tourism of Voronezh State University. 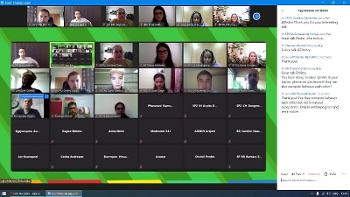 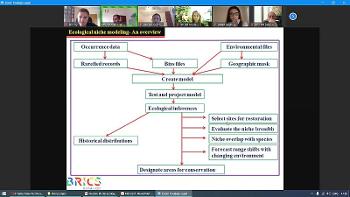 Dmitry Vladimirov gave a presentation “Invasive plants: migration peculiarities and consequences of naturalisation”. He told the audience about peculiarities of distribution of alien plant species, outlined the areas of their concentration and migration corridors. The Voronezh researcher shared his experience of implementing international projects aimed at studying plant intervention in cooperation with colleagues from the Sichuan Provincial Natural Resources Research Institute (China) and expressed his readiness to cooperate with oversea colleagues in this area.
“Such transport corridors as New Silk Road and North–South can become guides for alien biota to new territories. I suggest that colleagues consider cooperation alternatives in the area of species migration along these “transport corridors”,” said Dmitry Vladimirov.