Researchers from the Faculty of Physics of Voronezh State University identified a new field in spectroscopy. Scientists from the Department of Electronics developed and patented the method and the device for electronic formation of the optical spectrum based on a thin-film three-dimensional microdisplay. It contains pixels which were created using OLED and QLED technologies. The display will significantly simplify the operation of spectrometers, the devices used to determine the chemical compositions of matter and increase the accuracy of measurements.

“Our method of formation of the optical spectrum is based on spatial separation of wavelengths using frame scanning of the spectrum on the screen. It is divided into vertical segments from left to right, and each of the segments contains pixels based on OLED or QLED technologies which radiate light with a certain monochromatic wavelength, from purple to red,” said Alexander Koshelev, associate professor at the Department of Electronics of Voronezh State University. 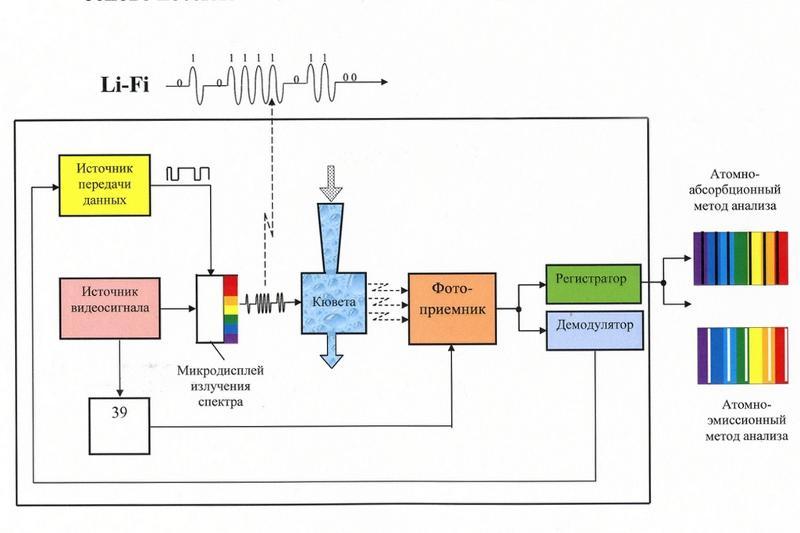 The displays based on the suggested technology, as compared to existing analogues, are capable of electronic formation of the optical spectrum for the qualitative analysis of matter. As a result, there is no need to use complex transparent prisms and diffraction gratings in the device. Moreover, the devices based on the new technology are characterised by low power consumption, high speed of operation, good brightness, and effective colour reproduction. They can operate at low temperatures and their manufacturing technology is rather simple. Its low cost is also one of the device’s advantages.

The invention will prompt the mass production of the new-generation optical spectrum analysers which allow conducting a qualitative analysis of matter and, if necessary, sending its results in real-time mode via Li-Fi high-speed wireless communication technology.