On 23 December, the results of the local contest for the public recognition award for citizens and organisations who have made a significant contribution into the development of the volunteer movement were concluded. The aim of the contest was to identify and support the most active representatives of the volunteer movement and youth organisations and to determine the best volunteer practices in Voronezh. According to the results of the contest, the youth club of the Russian Geographical Society, a part of the regional division of the society, became a laureate in the area “Best volunteer movement”. 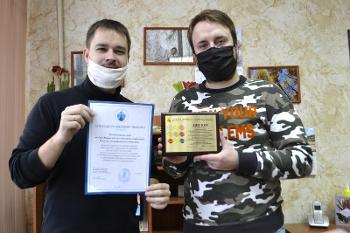 “In the last four years, our youth club has contributed a lot to the promotion of geographical and environmental awareness among the residents of the Voronezh Region. Conservation of biodiversity, organisation of conversational activities, and “citizen science” are just to name a few of the topics covered in their talks by the activists, students, and a lecturer from the Faculty of Geography, Geoecology, and Tourism,” said Dmitry Vladimirov, the head of the movement.

The laureates of the contest are awarded with souvenirs and certificates by the Department of Education, Science, and Youth Policy of the Voronezh Region.