On 25 January, VSU held a traditional mourning rally and the ceremony of laying flowers at the memorial dedicated to the VSU staff and students who died during Great Patriotic War. The event was dedicated to the 78th anniversary of the liberation of Voronezh from the Nazi invaders. The university staff came to commemorate their colleagues. The rector of VSU, Professor Dmitry Endovitsky, welcomed the participants of the event. 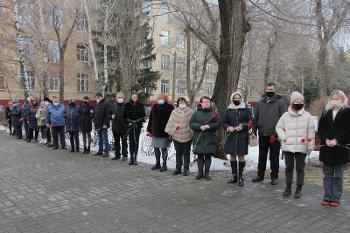 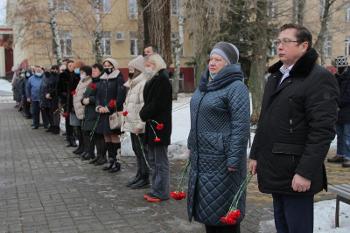 “Dear colleagues, friends, and students. 25 January is a remarkable day for Voronezh. This is the day when our beautiful and glorious city was liberated from the Nazi invaders. The defenders of the city fought for it and shed their blood for it for 212 days. We will never forget this. I wish everyone good health and ask you to talk to young people every day and tell them about the heroic dead of the Soviet people who saved the world from the invaders. My congratulations to you!” 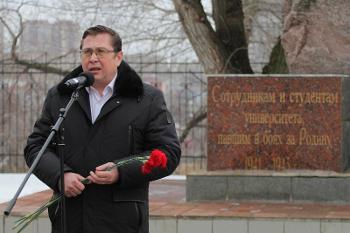 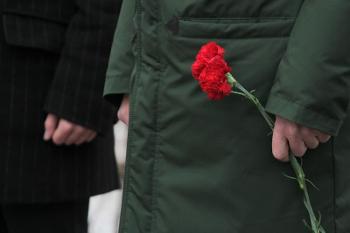 Ludmila Vladimirova, the chair of the Trade Union Committee of VSU, also gave a speech. Oleg Grishayev, Vice Rector for Student Affairs and Social Development, announced a minute of silence which was followed by laying the flowers at the memorial. 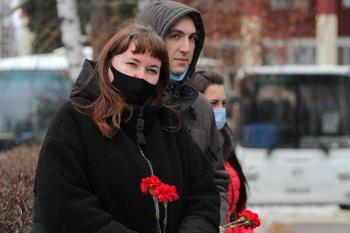 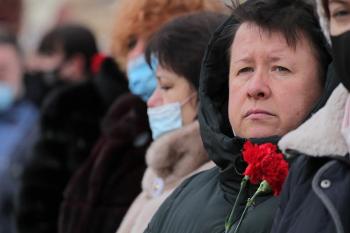 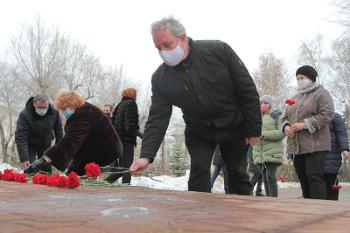 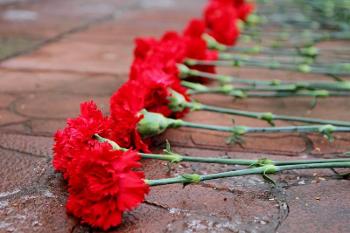