Associate Professor at the Faculty of Journalism, Larisa Diakova: “Music is the source of my inspiration”

On 22 January, a new season of the joint project between the state TV and radio company "Voronezh” and Voronezh State University, “Let’s Talk Together” started. This is an original programme by Larisa Diakova, Associate Professor at the Faculty of Journalism, broadcast on “Radio Rossia – Voronezh”. The author and presenter, Larisa Diakova, the editor, Ludmila Schegolkova, and the listeners explained how a programme about songs has united different cities and towns of our country and has given way to research publications. 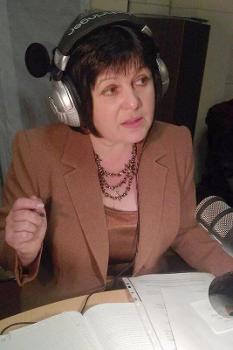 “I enjoy working on the programme because it gives me a chance to be creative and get up close and personal with talented people. It is also intellectually beneficial. I always learn something new. For example, it was interesting to learn what role the Voronezh Region played in the lives of the singer Lidia Ruslanova, the poetess Ada Yakushova, the Soviet singer Nikolay Slichko or, for instance, the poet Gennady Shpalikov, the composer Grigory Gladkov, and the People's Artist of the RSFSR Zhanna Bichevskaya. It was very important for me to hear the voice, the thoughts, and the songs of Alexander Polyakov, the physicists from the 1960's and a graduate of our university. He is an incredibly talented and ingenious person. He is the laureate of many festivals of original songs. Thanks to the programme, I have had a chance to let our listeners learn about Maxim Goncharov, a graduate of VSU who is now living in California and who has assembled a unique collection of programmes by the Voronezh radio station. One of the most interesting and memorable guests of our programme was David Bevans, an astronomer, a lover of music, a philosopher, and an employee at one of the largest enterprises in our city. David loves rock music, Russian folk songs, and Viktor Tsoy. We talked with him about the stars and listened to the song by Alexander Dolsky “A star has fallen into my palm...”. 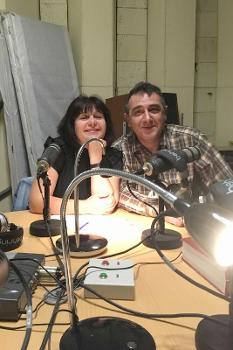 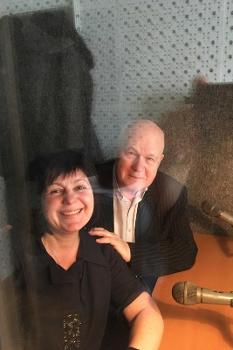 I want the people of Voronezh to know the talented musicians, writers, teachers, and singers who were born or have lived in Voronezh. For example, Nikolay Zelepukin, Tatiana Maslennikova, Irina Zhukova, Ludmila Pikalova, Evgeny Borozdnetsov, Alexander Soldatov, Maxim Vysotsky, Yury Zhdanov, Ivan Bezgin, Vladimir Klimov, Galina Shatunova, Ludmila Shilina, Sergey Sokolov, Alexander Chetverikov, and many others. All of them have been guests in our programme.

It is very important for me to tell the listeners about the people who every year hold rough and ready concerts near the monument to Vladimir Vysotsky in Voronezh to honour his birthday. It is important to talk about the Voronezh teachers whose works were included in the book “Inspiration” published by the Voronezh regional committee of staff members of educational institutions. It is important to talk about the role of songs in various areas of life: Afghan songs, neighbourhood songs, Artek songs, student songs, love songs, and social-political songs. People of all vocations have songs of their own: pilots, scientists, athletes, farmers, geologists, journalists, energy specialists, tourists, guides, and even winter swimmers. And this is a highly interesting phenomenon. It is important to show the amazing atmosphere of festivals of amateur singers and composers which I have had a lucky chance to visit: “The Sail of Hope”, “Kulikovo Field”, “Silver Font”, “Silver Spring”, “Shore Front”, “Small Grushinsky Festival”, “The Pokrov Dawn”, “Fly Open Wind”, and many others. They are all important to me! It is important to watch people who get involved in the genre of original songs, to see what problems hurt their soul, what songs get under their skin, and whose poetry captivates them. Why do we need songs after all? An interview with a 10 year old Voronezh original song composer, Arseny Shipilov, generated so much buzz that it could make popular artists jealous. Society is eager to see new faces, forms, approaches, and thoughts. We are very happy to see young authors and singers appear and we try to support them. I would also like to mention the most famous song of our region “In the open spaces of Voronezh”. We dedicated two programmes to this song and told the listeners about its origins. What’s more, I have written an article about it: “The genealogy of a song or a story of a radio investigation” (based on the materials of the programme “Morning courier” by the Voronezh TV and radio company). The article was published in a collection of articles and I gave a speech about it on a scientific conference in Rostov-on-Don, and I remember one professor told me: “I am so envious! You are working on such an interesting and vivid topic. And at our department, it is so boring...” and he gave a sigh. I have published a series of research papers dedicated to the genre of original songs and nearly all of them are based on the programme.

Many topics are prompted by our listeners who ask me to tell them about songs, for example, by Yury Kukin, Sergey Nikitin, or to remember the Tambov composer, Yury Chernavsky, or to talk about songs which were written for films and the theatre. Two people have recently asked me to talk about the life of the Voronezh poet, Stanislav Chernyshov. Some time ago, all the country sang his song “Indian Summer”. This song was very popular, it was parodied a lot and the credit for it was given to different people. I would like to restore credit and to fix the name of our fellow countryman in people's minds to avoid confusion. In other words, there are lots of different ideas”, said Larisa Diakova. 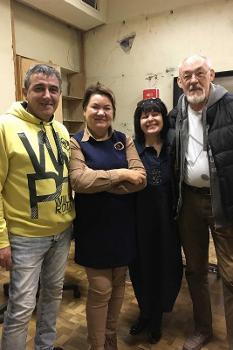