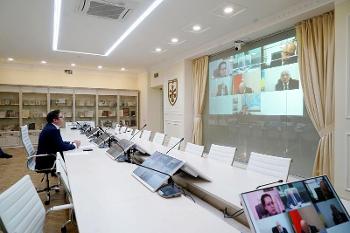 Education and science are important factors of geopolitics, a kind of “soft power” which is widely used by the countries at the international level to fulfil their national interests. At the level of the European Union it is Erasmus+ academic mobility programme, at the national level there are the German Academic Exchange Service, scholarship programmes within Campus France in France, and the Mevlana programme in Turkey. The programmes are aimed at supporting talented young people from their countries and attracting young elite from abroad for studying and doing research, drawing their interest to national languages and culture, which will eventually form a generation that is ready for a systemic collaboration with the government.

Based on the studied models of Erasmus+, German Academic Exchange Service, Mevlana, and American programme Fulbright, an organisational structure and the mechanism of the interaction between the fund and EEU universities was presented. 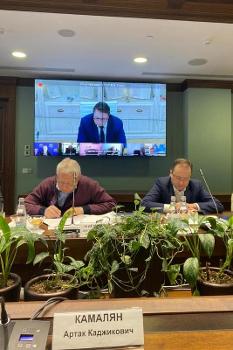 “We believe it is not a hypothesis but a postulate that if a government or a community of governments do not have the tools for influencing the young elites of other countries who will determine domestic and foreign policy in the future, if we do not give our students an opportunity to obtain modern knowledge and study advanced technologies abroad and at home, we will always fall behind our foreign partners, and our international competitive advantages will depreciate” noted Dmitry Endovitsky.