A project of VSU researchers “Cysteinum proteases in various microenvironments: biophysical, kinetic, and structural-functional properties supramolecular complexes” received a grant of the Russian Science Foundation within the presidential programme of research projects aimed at supporting the research conducted via the existing research infrastructure. The head researcher is Marina Kholyavka, DSc in Biology, Associate Professor at the Department of Biophysics and Biotechnology. 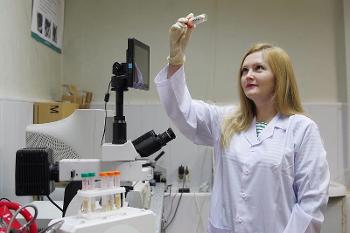 The project is aimed at dealing with a fundamental problem of scientific justification of the creation of new drugs based on supramolecular complexes of cysteinum proteases immobilised on insoluble polymeric carriers for the treatment of skin infections, catheter and implant-associated infections, and wound healing.

“Another victory for VSU in a prestigious competition of infrastructure projects of the Russian Science Foundation will let the university fulfil its scientific potential together with the Federal Research Centre “Kazan Scientific Centre of the Russian Academy of Sciences”, a powerful research centre of the Republic of Tatarstan, which is especially important prior to the launch of the academic strategic leadership programme “Priority-2030”,” noted Oleg Kozaderov, Vice Rector for Research and Innovations at VSU.