IT is one of the most promising and rapidly developing areas both in Russia and worldwide. Many jobs in this area are associated with men, but is it true to life? This is a man's world.

It is believed that the first female programmer was Ada Lovelace, a daughter of the well-known Lord George Byron. She started by working with Charles Babbage, the inventor of the first analytical computer. Lovelace was the developer of the first computer algorithm, which calculated Bernoulli numbers. She also outlined several computing concepts such as the “loop” and the “subroutine”.

In general, there are many women who have left their mark in IT:

Voronezh State University has been training IT personnel for many years. There are two key faculties: the Faculty of Computer Sciences and the Faculty of Applied Mathematics, Informatics, and Mechanics. Even during their first years of studies, students from these faculties are employed by partner companies. As for the graduates, they run their own IT companies and compete with both federal and international organisations. We talked with Alexander Shashkin, the Dean of the Faculty of Applied Mathematics, Informatics, and Mechanics, about how things stand with teaching IT to girls at the university: 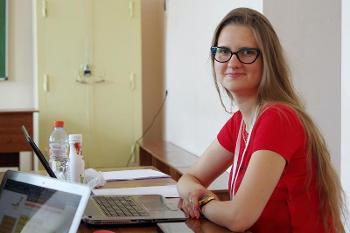 “At our department, we have about the same number of boys and girls, many of whom become talented and distinguished graduates and teachers. For example, Natalia Monko, our graduate, leads the Voronezh office (the largest in Russia) of the international company “Atos”. There are also world-class scientists who publish their works in the best scientific journals. Elina Shishkina defended her doctoral dissertation at the People's Friendship University of Russia. She has received offers to head sections at international conferences in Spain, Mexico, and Germany. Tatiana Ledeniova is also a world-class scientist who receives offers to head sections at conferences. They publish their works in top journals and are invited to become co-authors of scientific articles. Svetlana Bolotova is the Deputy Dean for Academic Affairs. She is a very active and creative person and she is very good at communicating with students. There are many wonderful women, cooperation with whom is always fruitful and efficient. Of course, it is nice to have such people at the faculty.

Associate Professor Svetlana Bolotova, the Deputy Dean for Academic Affairs, told us about studying at the Faculty Applied Mathematics, Informatics, and Mechanics, mobile development, and motivation: 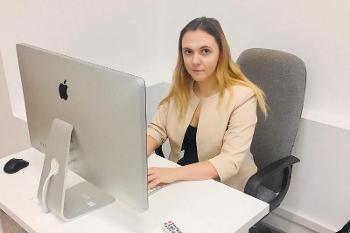 “I entered the Faculty of Applied Mathematics, Informatics, and Mechanics in 2005. At school, I was fond of maths, so I was sure that I would move in the technical direction. But they didn’t teach programming to us. When choosing a field of study, I was doing it so to say blindfolded, I just wanted "to be a systems programmer." I didn’t even consider other faculties and universities. The Faculty of Applied Mathematics, Informatics, and Mechanics was the only faculty I applied to. My relatives were surprised by my choice, they considered it “unfeminine” and doubted that I would make it. My teachers tried to convince me that it would be difficult for a woman to make it in IT and build a career in this area. However, the number of boys and girls at our faculty was almost equal. During the studies, there was no division between "male" and "female", we were taught in the same way and our teachers never tried to distinguish someone. The first years were really hard, but it was very interesting to study. After the second year, I completed my first internship. I tried testing, but quickly realised it was not really my thing. The next step was the development of mobile applications. It was a new and interesting direction at the time. It was so unusual and interesting to create software products that you could literally "hold in your hands." I am still developing in this area. I have never faced a gender gap in my work. It seems to me that all gender stereotypes have been nearly destroyed. Your career growth and success depends on your professionalism, skills, ambitions, and talent. Now, nobody is surprised by a female developer and she doesn’t need to prove anything. The activity of women in professional communities is constantly growing. By the way, IT is not just programmers, it is also testers, designers, analysts, and so on. And each of these areas is interesting in its own way. The demand for IT specialists is constantly growing. What’s more, it is one of the most well paid areas in the labour market. But in my opinion, this is not the most important thing in our profession. IT is changing at an incredible rate and that requires constant development and intellectual improvement. What can provide better motivation?”

Alexander Krylovetsky, the Dean of the Faculty of Computer Sciences, told us about the demand for women in IT:

“We invite girls to join our faculty. As a rule, they are more serious about their studies and lap up the information better. Boys are often not afraid of taking risks, which helps them better cope with unusual situations, but they are not always responsible enough. Therefore, a successful team, and IT today means teamwork, must have members of both sexes. Now, we have a project "Yandex.Lyceum" for schoolchildren. Two of the three teachers in it are women. Assistant Ekaterina Kopytina from the Department of Information Management Technologies, is our graduate. Yulia Shishko, a third year student, is a multiple winner of international programming competitions and one of the strongest students at our faculty. In fact, IT needs girls.”

Olga Strebkova, a fourth year student from the Faculty of Computer Sciences and a junior business analyst with an international company “Netcracker Technology”, told us about why she chose the faculty and a continuing education at the workplace: 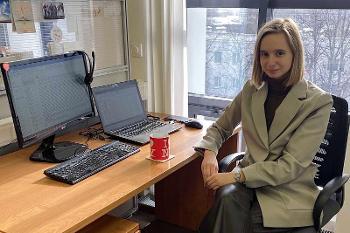 “IT attracted me for several reasons. I knew English well. I liked knowing what’s what in computers, working in men’s teams, and many international companies. And, of course, I understood that IT was a promising industry. Why the Faculty of Computer Sciences? I took an exam in Physics, so the only faculty I could enter in information technologies was the Faculty of Computer Sciences. Also, this faculty was recommended to me. The high admission score guaranteed the high level of preparedness of student in the area. We had a lot of general subjects. They are important for widening you horizons. But I wish we had had more career guidance sessions in the first years of studies. In fact, it is very easy to develop in IT. There are many events, courses, and meetups by IT companies in Voronezh. Netcracker, where I am working now, every October (and from time to time throughout the year) starts courses which give you a chance to develop your practical skills under the guidance of professionals, to choose an area of work, and even to get a job offer from the company.”

Russian and international companies open their laboratories and fundamental departments at the university, they organize internships for students and take part in Career Days. Elena Fedorova, DataArt HRM Director in Voronezh, told us how to make a career in IT as a girl: 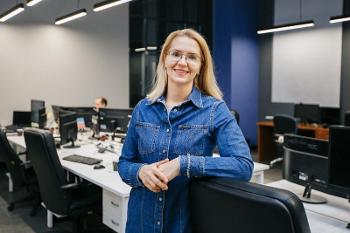 “I have worked in IT for about 15 years. It was an informed decision to change profession. I have a degree in neurology. I enjoyed studying at the medical institute. But at the workplace you find yourself “gripped in a vice”. IT is very creative. Even writing code is a creative process. I know a lot of cool specialists who are girls. Developers are women with mathematical knowledge, logical thinking, a structural approach, and a global vision. On the other hand, there are many jobs in which communication is a fundamental skill. They are project managers, resource managers, business analysts, and Agile-specialists. I mean there are no gender differences. Both women and men become professionals in their fields by developing their skills and sharing experiences. We can all achieve successful careers. So, I mean you have to think over your career path and understand what you want to achieve. I would like to advise looking at examples that will be of interest for you, to pay attention to famous girls who found themselves in IT, to dream what you would like to be in 5, 10 years, and at the end of your career. I would like to wish all girls to surround themselves with magical people. What do I mean by this? All people, especially girls, have charm, kindness, and the ability to fill the surrounding space with warmth, energy, and positive emotions. This delicate sensation needs to be maintained, you have to propagate it. And then the world will become a better place! DataArt organises various events, conferences, and meetups for girls who want to find themselves in IT.”

We are sure that VSU will continue developing in the area of IT. The Faculty of Applied Mathematics, Informatics, and Mechanics and the Faculty of Computer Sciences welcome everyone who wants to join the ranks of information technology professionals. The demand for professionals as well as the huge amount of learning resources make this area very promising.