On 24 March, the Faculty of Romance and Germanic Philology hosted a meeting between students and Roman Blaško, the editor of the newspaper Haló Noviny (Czech Republic), and Ulrich Heyden, a correspondent from “der Freitag” (Germany). The representatives of the foreign press held a lecture on "Information Technologies in intercultural communication” and talked about peculiarities of covering events related to Russia, Germany, and the Czech Republic. The lecture was accompanied by interesting photos, videos, and commentaries. The event was organised with the support of the faculty administration and the Department of English Philology. 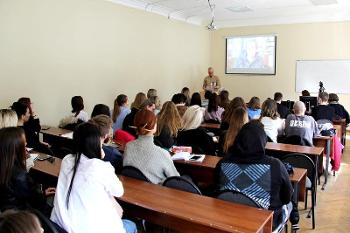 Due to pandemic restrictions, Roman Blaško could not visit the faculty, however, he gave a part of his lecture online. The editor spoke about the information campaign aimed at downplaying the importance of the Soviet contribution to the victory in World War II among the younger generation of Europeans, which has been deployed since 2014, and its impact on the people of the Czech Republic. Using the monument to Marshal I.S. Konev in Prague as an example, he showed what tools were used by the media and how the preparation was carried out for the introduction of new theses on the role of the Soviet Union in the struggle against fascism. 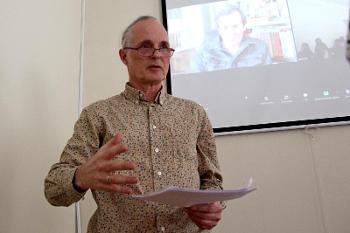 Ulrich Heyden, who was able to attend the lecture, told the students about the counteraction between the official media, independent journalists, and bloggers in Germany, as well as the struggle of the German state with "fake news" and the increasing control over publications on Facebook and Twitter. The examples of disabling such popular alternative sources of information as Ken Jebsen, Rubikon, and Monitor on YouTube, as well the cases of blatant slander demonstrated to the students that there are serious issues with the freedom of speech.

The speeches by Ulrich Heyden and Roman Blaško gave way to many questions from both students and the academic staff. According to students, the reports were highly important and the discussion was lively and meaningful.