VSU is listed in the THE Impact Rankings

On 21 April, the Times Higher Education agency published its 2021 Impact Rankings. VSU received 50.5 points out of 100 and took the 601–800 position in the worldwide ranking. 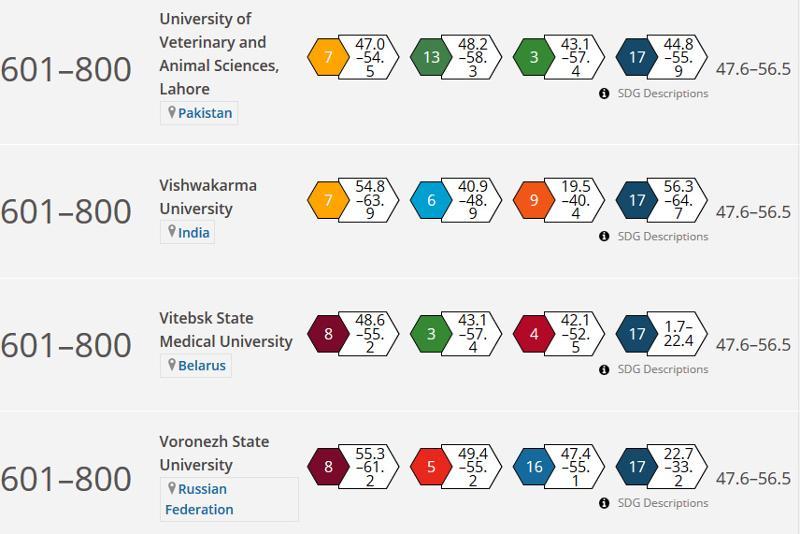 Times Higher Education analysts pointed out VSU achievements in such parameters as gender equality, economic growth, and decent work. The university received 50.2 and 57.4 points respectively. The experts also noted the university’s participation in a new area “Preservation and efficient use of oceans, seas, and sea resources for sustainable development”.

Universities were evaluated from the point of view of their involvement with the achievement of 16 Sustainable Development Goals established by the UN General Assembly on 25 September 2015. The ranking is based on the data provided by the representatives of universities as well as by the publishing house Elsevier as a provider of bibliographic data.