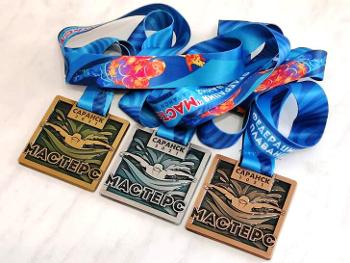 Tatiana Prokofieva showed the best results, not only becoming a three-time champion of Russia but also setting three Russian records in the 50, 100, and 200-meter breaststroke. Tatiana was also awarded with the number 1 badge of honour “For their contribution to the development of the Masters movement”.