The education programmes of Voronezh State University entered the premier league of the National Subject Aggregate Ranking. The programmes were assessed by the Guild of Experts in Professional Education. 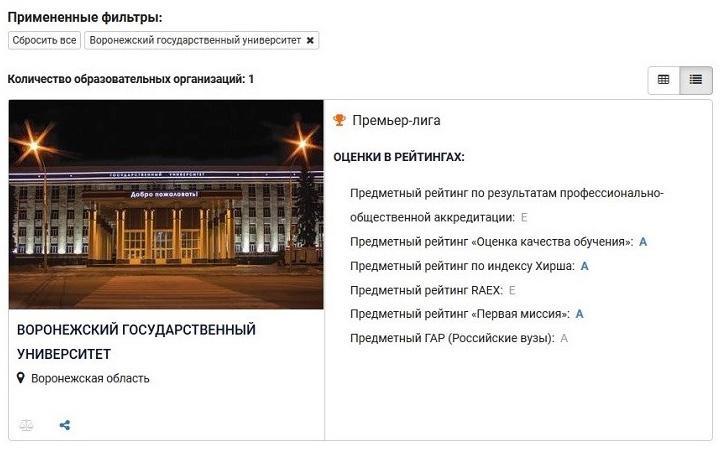 The ranking considered six parameters which are based on the open databases and meet the requirements of publicity (the information is publicly available), stability (the parameters have been present as least for three years and are assessed on a regular basis), and massive involvement (at least 100 universities are compared):

Each ranking has a ranging scale. As a result, within each ranking each university is attributed to a specified group and gets a grade (“A”, “B”, “C”, “D”, “E”, where “A” is the best grade and “E” means that the university was not assessed by the ranking). Universities with the highest points enter the premier league of the ranking. 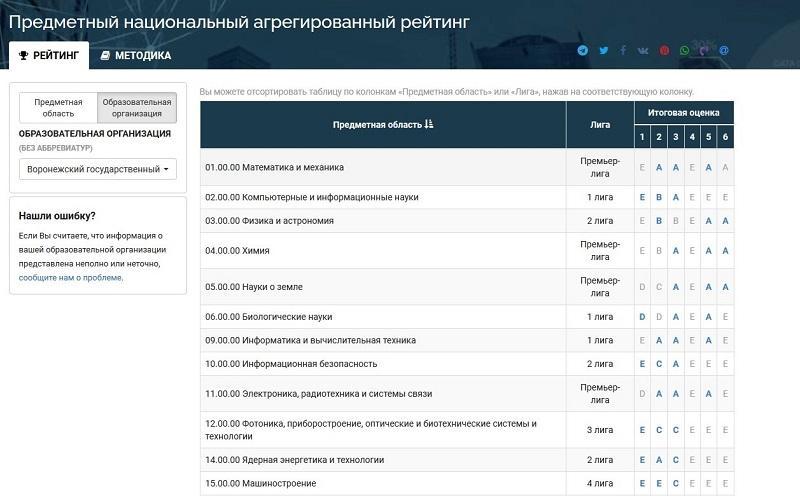 Thus, VSU education programmes for the following separate fields of education were included in the premier league of the ranking: “Mathematics and Mechanics”, “Chemistry”, “Geosciences”, “Electronics, Radioengineering, and Communication Systems”, “Jurisprudence”, and “Mass Media and Library Science”. The fields with the least points were “Mechanical Engineering” and “Art Studies”. They entered the fourth league.