Our library is a participant of the German-Russian Library Dialogue

On 18 and 19 May, 9th meeting of the German-Russian Library Dialogue was held as part of the library congress: 25th anniversary annual conference of the Russian Library Association (Petrozavodsk, 16–20 May). Galina Lantsuzskaya, the Head of the Rare Book Section of VSU library, gave a report “Private book collections from the collection of the Regional Scientific Library of Voronezh State University lost during the Great Patriotic War”. She told the audience about book collections which were separated or lost during the war. Some parts of these collections may be found in other libraries both in Russia and abroad. VSU Regional Scientific Library has been a permanent participant of the German-Russian Library Dialogue since 2009. The university’s book collection which was badly damaged during the war, has been restored with duplicate copies from major book depositories in Russia. 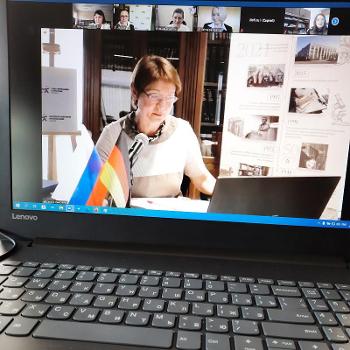 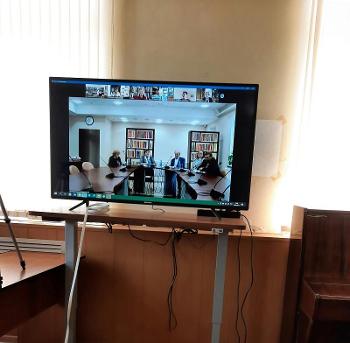 “The German-Russian Library Dialogue was established in 2009 under the aegis of the Ministry of Culture of the Russian Federation, Cultural Earth Foundation, and Prussian Cultural Heritage Foundation (Germany). It is an informal union of Russian and German libraries aimed at restoring historic book collections, which were illegally taken during the Great Patriotic War. We take part in the Dialogue as we both lost our books and received ones which were removed from Germany. This is a topic for research conducted by the library,” said Galina Lantsuzskaya, the Head of the Rare Book Section of VSU library.

The 9th meeting of the Dialogue was held in the year of Germany and Russia 2020/2021, which is dedicated to Russian-German relations in the area of culture, art, language, education, science, tourism, environment, economics, and technology. Librarians from Russia (Moscow, Saint Petersburg, Barnaul, Voronezh, Irkutsk, Novosibirsk, Petrozavodsk, and Tomsk) and Germany (Berlin, Bremen, Cotha, Dresden, Leipzig, and Lübeck) discussed issues concerning book collections removed during the Second World War and joint plans for the future.