On 17 June, Alexander Zhytenev, Professor at the Department of Publishing of the Faculty of Philology of VSU, took part in a round table discussion dedicated to the reprinting of a magazine of contemporary Russian art “A–Ya”. The round table, held at the Tretyakov Gallery, was organised by the Tretyakov Gallery and the AZ Museum (a private museum of Anatoly Zverev). It was the museum that came up with the idea to reprint the magazine. 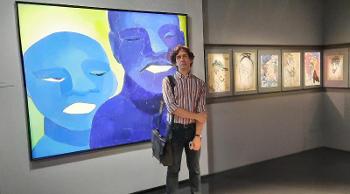 The “A–Ya” magazine (1979–1986) was published in Paris by an artist, Igor Shelkovsky, and a photographer, Alexander Sidorov. It is known as the first magazine which showed European people unofficial Russian art from the 1970–1980s.

The round table discussion included a commemorative and an analytical part. Among the participants were Zelfira Tregulova, CEO of the Tretyakov Gallery, Natalia Opaleva, CEO of the AZ Museum, Igor Shelkovsky, chief editor of the “A–Ya” magazine, as well as Moscow underground artists and art historians.

Alexander Zhytenev talked about the concept of novelty of the “A–Ya” magazine. His presentation was a part of his work on the project by the Garage contemporary art museum “A brief history of the “new” in the Russian artistic discourse”.