A Nobel Prize laureate P. Cherenkov: “I hope that Voronezh University will produce even more scientists and its work will always help to solve the most urgent and important problems of the country”

On 28 July, a Nobel Prize laureate and a VSU graduate Pavel Cherenkov would celebrate his 117 birthday. He graduated from the Department of Physics and Mathematics of the Faculty of Pedagogics of VSU in 1928. In 1930 he was admitted to the PhD programme at the Institute of Physics and Mathematics in Leningrad, and since 1932 worked under the supervision of Sergei Vavilov, a soviet physicist and a Full Member of the Russian Academy of Sciences. Cherenkov studied the luminescence of uranium salt solutions excited by gamma radiation. As a result he discovered a new phenomenon, the bluish glow. The glow is caused by charged electromagnetic particles that move in transparent water at a speed exceeding the speed of light in this medium. The international scientific community refers to this phenomenon as Cherenkov radiation. It is because of Cherenkov radiation that the water in nuclear reactors is blue. In 1958, Pavel Cherenkov was awarded the Nobel Prize for his discovery. 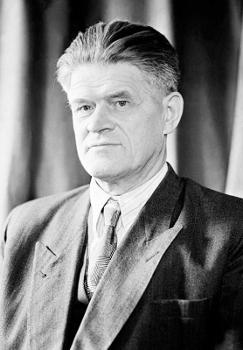 “My father was a peasant in Novaya Chigla, a small village in the Voronezh Region.

I finished primary school before the revolution, but, of course, there was no way for me to continue my education. But we had a wonderful teacher, Pavel Ivlev, a man of great personality. He taught those of us who were keen on mathematics. Then came the revolution. Then I went to secondary school. In 1924, I was admitted to the Department of Physics and Technology of the Faculty of Pedagogics of Voronezh State University.

Financially, it was a very hard time. We grabbed any opportunity to earn some money: from private tutoring to unloading rail cars. And I had to work in my home village every summer. Yet we remained optimistic. We knew that the country needed a new type of intellectuals. The ones who were born in the families of peasants and workers and who were loyal to the country.

Our university has produced a number of scientists who became prominent in various research areas. This is thanks to the fact that the university developed at the time of first five-year plans, which required highly qualified researchers. I hope that Voronezh State University will produce even more scientists and its work will always help to solve the most urgent and important problems of the country.”

A 1928 VSU graduate, a Full Member of the Academy of Sciences of the USSR,
a Nobel Prize laureate Pavel Cherenkov
“Molodoi kommunar”, 1968 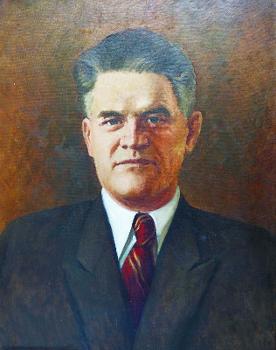 In his research Pavel Cherenkov focused on physical optics, nuclear physics, and high energy physics. Besides discovering Cherenkov radiation, he suggested it could be used to measure the properties of elementary particles. The idea gave birth to a series of unique equipment: the Cherenkov detector, spectrometers, RI and GH detectors which are an essential part of the modern studies of the space and ocean depths, as well as nuclear power stations, colliders, and observatories.