On 6 August, Professor Vladimir Eitingon, PhD in Economics, would celebrate his 97th birthday. He dedicated 50 years of his life to Voronezh State University. 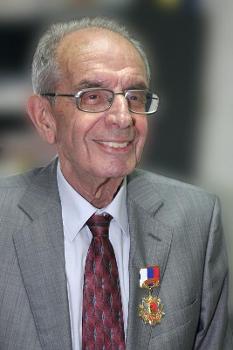 Vladimir Eitingon was born on 6 August 1924 in Moscow, in the family of a famous soviet intelligence officer, Major General for State Security Naum Eitingon. In July 1941 he volunteered to fight in WWII and first served in an independent special purpose motorized rifle brigade, and later in radio intelligence. Having competed the school of the National Committee for State Security of the USSR, he served in the state security apparatus.

In 1950 Vladimir Eitingon came to Voronezh, and in 1964 started working at Voronezh State University. In 1985–1999 he was the dean of the Faculty of Economics, Starting from 1982 and up to his death he headed the Department of Labour Economics and Management Fundamentals.

Vladimir Eitingon created the VSU Business School. He was listed in the encyclopaedia “Best People in Russia”. Since 2010 he was the chair of the Committie for the Economic Development and Innovative Policy of the Public Chamber of the Voronezh Region, and the assistant to the rector of VSU. Vladimir Eitingon died on 14 April 2014.

In April 2018, a commemorative plaque was installed at the Faculty of Economics dedicated to the honoured economist of the Russian Federation, distinguished citizen of Voronezh, and VSU professor Vladimir Naumovich Eitingon. In 2014, the Eitingon management platform was founded, a platform for exchanging the best practices and technologies of successful management in the public sector and in various social and economic spheres. The 8th Eitingon management platform will take place between 16 and 17 September 2021. 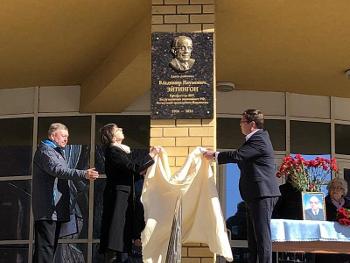 “Now, I can easily describe the phenomenon of Vladimir Eitingon. Being the rector, I see his contribution to the development of our university. Earlier, when I worked together with him at the Faculty of Economics, I could not clearly see his motives and the logic behind his decisions. Only from a high point you can see why the river flows as it does. You can see who built a dam to change the flow of the giant river. Vladimir Eitingon was a unique and a very versatile man. However, out of all his unique qualities, I would like to point out his managerial skills and his cognitive ability, which brought working with him to a completely new level. I was lucky to have an opportunity to know him and work with him. We will always remember Vladimir Eitingon as a man of high civil and creative potential, which he used to serve his cause and his people up to his very last day. You can’t say “He was a man who could have done a lot”. He did a lot. His name is enshrined in the building of the Faculty of Economy of Voronezh State University and in the name of the management forum, which is held annually in Voronezh starting from 2014”, said VSU Rector Dmitry Endovitsky.