VSU dancing group Top Rate became a participant of the “New dancing” show on TNT. The group’s performance was shown in episode 7 of the show (on 25 September). 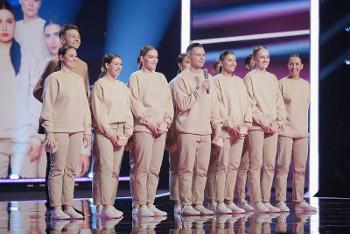 Top Rate have already won and took award-winning places in many dancing competitions, such as Pushka 2021 in Tula (1st place), Moving Star 2021 in Yaroslavl (3rd place), and "MEGAbitva 2020" in Moscow (1st place). The group has been giving successful performances during Russian Students’ Spring festivals since 2017.

“We saw an advertisement about a new project for teams and we decided to take part in it. In May we went to Moscow for casting, and producers and choreographers liked our performance. But they didn’t say yes or no right away, so we were put on the waiting list. And in early June we were told that we had been chosen as one of the 36 best teams in Russia that we would participate in the project. We began preparing for the filming and improving our performance to make it more suitable for television. It’s a very cool project, and the atmosphere on the set was amazing. We were happy to show our performance to a wide audience and to represent VSU and Voronezh,” said Alexey Goncharov, the leader of Top Rate.