Voronezh State University was included in the international subject ranking, Round University Ranking (RUR). The ranking was published on 12 October. 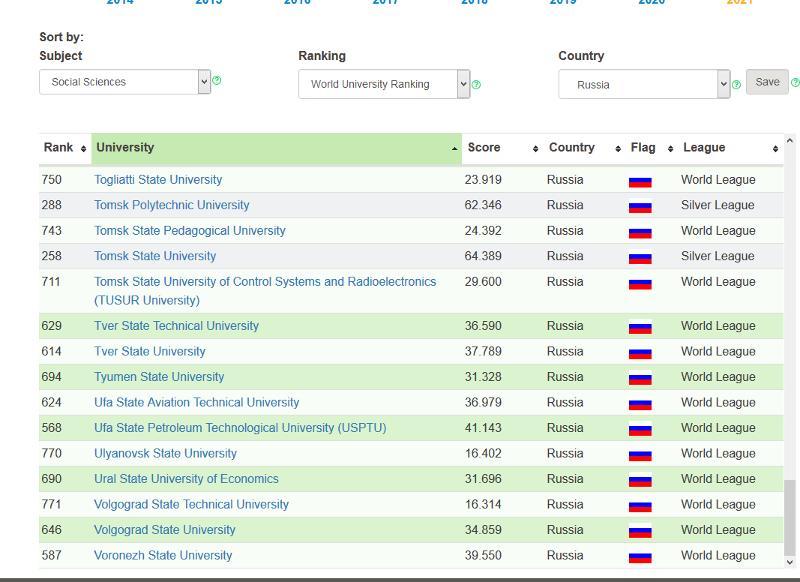 The RUR World University Ranking has been evaluating the performance of higher education institutions worldwide since 2010. Over 11 years, 1,100 leading universities from 85 countries have entered the ranking.