“A true act of civil diplomacy”. The university opens an exhibition of rare books that were returned to the university from Germany

On 19 October, University opened exhibition of rare books that were returned to the university from Germany. During the occupation of Voronezh, the tomes from the university library were taken by the German troops. Until recently, they were part of a private collection and remained in Germany. 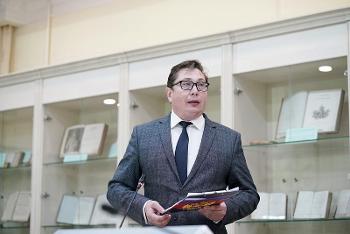 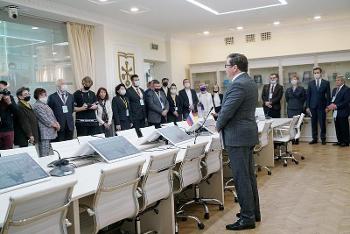 “A unique event happened this summer. One morning, I received an email letter from Professor Wolfgang Eichwede from the University of Bremen. In his flat in Berlin, he had a unique collection of ancient 17–19th century books which in 1942 were taken to Germany by a German officer Erich Fry. As a matter of fact, Erich Fry, Doctor of Engineering, saved a unique collection. His descendant, Hans-Erich Fry, decided to return these books to VSU. I applaud the organising skills of Professor Wolfgang Eichwede from the University of Bremen, who put a lot of effort from the German side in returning the books to the university.

Most books are valuable artefacts, some of them are the only copy in existence. On 10 August, the books were rendered to Sergey Nechaev, the Ambassador Extraordinary and Plenipotentiary of the Russian Federation to Germany, and Klaus-Dieter Heinze, an official representative of VSU. The tomes were delivered to the university by diplomatic bag. Without a doubt, this event brings Russia, Germany, and the European Union together. It is also a nice example of implementing such major cultural projects,” said VSU Rector Dmitry Endovitsky.

The guests were welcomed by Sergei Nechaev, Ambassador Extraordinary and Plenipotentiary of the Russian Federation to Germany. He said that public diplomacy is an important part of international relations.

“The books returned to their homeland, the place where they are supposed to be. We tried to give as much assistance as we could and it all worked thanks to a positive agenda in the relations between Russia and Germany.” 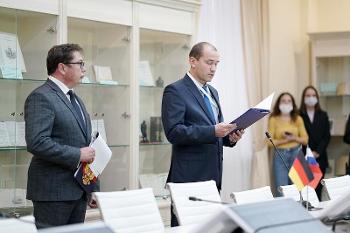 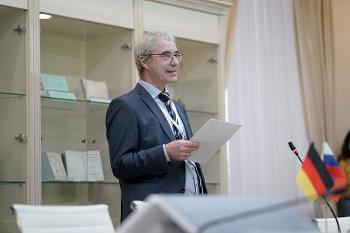 “Because of war we suffered horrific losses. Objects of value were destroyed to cause maximum damage to the national culture. We must never let these dreadful things happen again and we must never forget about them.”

Hans-Erich Fry and his wife Gabriella Fry and Professor Wolfgang Eichwede from the University of Bremen joined the ceremony online. VSU Rector Dmitry Endovitsky invited the Fry couple and Professor Eichwede to come to university “at any convenient time for them”. 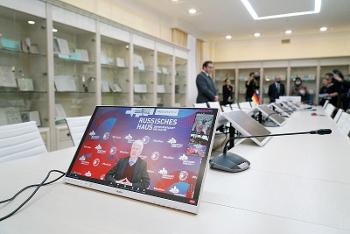 “My dream has come true! I’m taking part in returning valuable books to their homeland, Voronezh State University. I have been here many times but I have never experienced the feeling of such complete satisfaction that I’m feeling now. Thanks to the pursuit of justice, honesty, and moral rectitude of the Fry family the books have returned to Voronezh. This was done with assistance of an experienced person with a vast network of connections, Professor Eichwede. These people deserve the credit for this ceremony. It was them who made it possible.

This event might not have happened due to political issues between the countries. This is a true act of civil diplomacy,” said Klaus-Dieter Heinze, the Head of Chemical Tecknopark ValuePark. 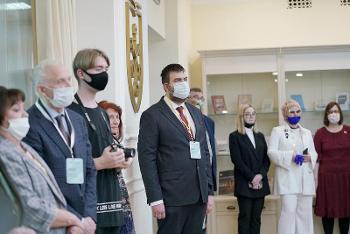 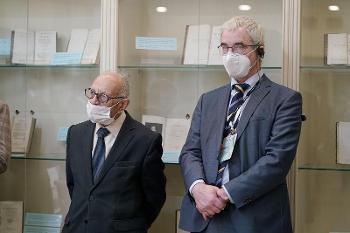 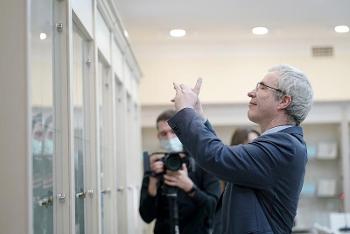 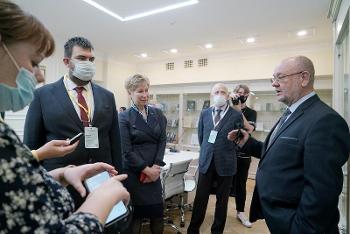