Herbert Emil Klaus-Dieter Heinze died in the morning of 22 October. He was one of the most distinguished graduates and a good friend of Voronezh State University. Honorary Doctor of Voronezh State University, a member of the Board of Trustees from the very first days of its foundation, Klaus-Dieter Heinze headed the German Alumni Association of VSU and was a well-known person both in Russia and in Germany: he was the Head of the chemical/industrial technopark Dow Olefinverbund GmbH Leiter ValuePark. 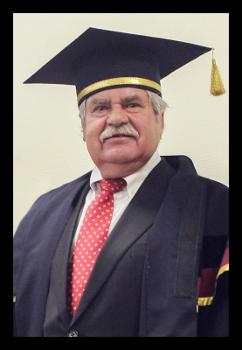 Klaus-Dieter Heinze graduated from the Faculty of Chemistry of Voronezh State University in 1973 (speciality “High Molecular Compounds”). He started his career as a research chemist at one of the largest chemical plants in Germany, Buna Werke. He climbed the career ladder to the very top and headed the Chemical Tecknopark. He had a lot of experience in leading multinational teams and cooperating with national and international commercial enterprises. His professional achievements include a number of international industrial patents.

This summer, he performed another favour for Russia, Voronezh, and VSU: he was the official representative of the university when a collection of ancient books was brought back home from Germany. The books had belonged to VSU and had been taken from Voronezh by German troops in 1942.

Just two days ago, at the international forum “Public diplomacy in the dialogue between Russia and the EU”, Klaus-Dieter Heinze, cheerful and in good spirits, expressed his hope that the dialogue between Voronezh and Berlin, Russian and Germany would continue. He was truly happy when the tomes were finally returned to VSU and called it “a true act of civil diplomacy” and the most important event which he had organised in his lifetime. He was looking forward to new meetings at VSU which were supposed to take place in the days ahead.

The heart of our friend stopped in the morning on 22 October and he died aged 72. This event that happened in our city is equally tragic for Germany, Russia, Voronezh, and VSU. Voronezh State University will always cherish the memories of a wonderful German chemist and engineer, manager, and a true public diplomat. The administration, academic staff, and students of VSU offer condolences to the family and friends of Klaus-Dieter Heinze. We grieve with them.