Between 8 and 10 December, the Congress of Young Researchers took place in the park of science and arts “Sirius” in Sochi. Voronezh State University was represented at the Congress by Daniil Sopin and Angelina Yuyukina, second year students from the Department of Ecological Geology at the Faculty of Geology. The event was organised by the Ministry of Science and Higher Education, Coordination Council for the Youth Affairs in the Area of Research and Education of the Presidential Council for Research and Education, and the Roskongress foundation. 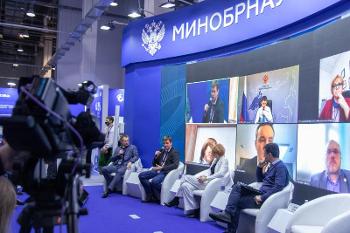 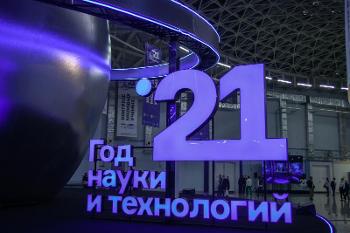 Over the course of three days, about 3,100 participants and Media representatives from 77 regions visited the event. The participants of the congress included young researchers, postgraduate and undergraduate students, winners of grant competitions, and leading internationally recognised scientists from Russia. Among the visitors to the event were Vladimir Putin, Andrei Fursenko, Aide to President for research and education policy, and Valery Falkov, Minster of Science and Higher Education. The business programme of the congress included over 90 discussions, sessions, round table discussions, and plenary meetings.

489 speakers at the congress discussed management and investments in the area of science, developed algorithms for interactions between scientists, and summarised the results of the Year of Science and Technology. The final of the contest made it clear that the ending of the Year of Science should become a starting point for new programmes aimed at supporting talented young people in the area of science and technology.

Apart from the main programme, the event included a scientific exhibition “Vuzpromexpo–2021” whose participants were young researchers from 90 cities of Russia and representatives of 75 research organisations. The exhibition presented over 50 stands with projects from Russian universities.

Since the Year of Science was divided into 12 thematic months and August was dedicated to climate and ecology, a few sessions dedicated to this topic were held in the framework of the event. One of the sessions discussed issues of climate change speculations and politicisation of the process.

The Counsellor of the President reminded that in 2021 Vladimir Putin signed a decree to develop a science and technology programme in the area of ecological development and climate change until 2030 with a budget of 34 billion roubles.

The young researchers agreed that such measures are of high importance as they promote new ideas and names and attract new investments. Of high interest was the discussion between students and the heads of the Ministry of Education about the issues faced by young scientists, the employment possibilities, and further development. It should be noted that Daniil Sopin was not just a participant of the congress interested in specialised sessions in Ecology. He also served as a journalist who had to complete tasks set in the media plan of the youth media centre at the Ministry of Education and Science. Angelina Yuyukina processed materials online and made reports. These materials will be used for news in official media.