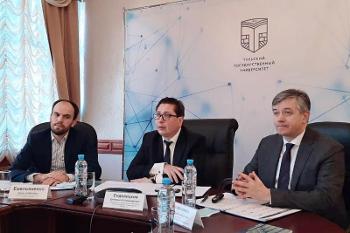 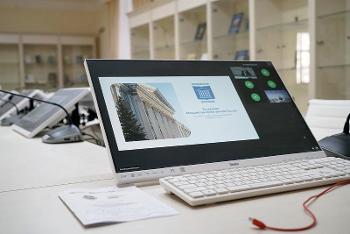 Dmitry Endovitsky opened the meeting and adopted the agenda. Then, he turned the floor over to Anton Emelianenko, the Chair of the Committee in Science and Innovation Theory of the Tula Region, who told the participants about important scientific and technological areas of the development of the region. 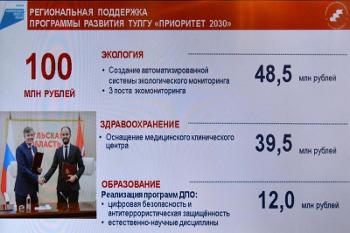 The participants of the meeting: heads and representatives of regional universities Oleg Kravchenko, Mikhail Krasnyansky (Tambov State Technical University), Larisa Borisoglebskaya (Turgenev Orel State University) and a member of the Committee for Education and Science of the State Duma of the Russian Federation, Olga Pilipenko, gave reports about the results of the Year of Science and Technologies at the universities belonging to the Association. 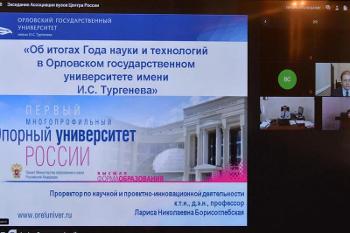 Ludmila Kuznetsova, the Head of the Tula Regional Federal Treasury Department, talked about the interaction between the agencies of the Treasury Department and regional universities. As a follow-up to the report, Dmitry Endovitsky proposed to create an anti-corruption forum. 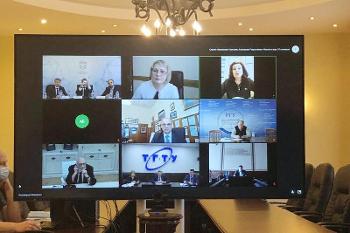 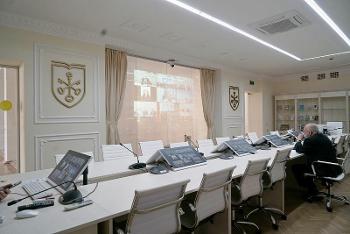 The last item on the agenda was the thirties anniversary of the Russian Rectors’ Union which will be celebrated in June 2022. With this regard it was decided to hold an inter-regional inter-university research conference “Effectiveness of inter-university cooperation in social, economic, and cultural development of regions” dedicated to the thirtieth anniversary of the Union. The organisational committee of the conference, which was approved at the meeting, included heads of the universities in the Central Russia.