On 16 and 23 April, students from the Faculty of Chemistry of VSU visited children evacuated from the Donetsk and Luhansk People’s Republics. The meeting was held in the Kirovets camp, where the children were staying. 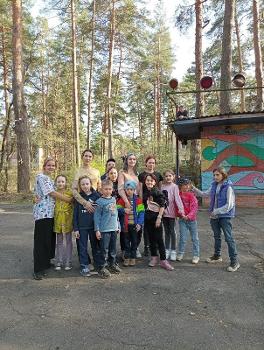 The students and the children played games aimed at getting to know each other, teamwork, and attention such as “Atoms and Molecules”, “Count to ten”, and “Goal! Missed!”, and also organised a musical performance. 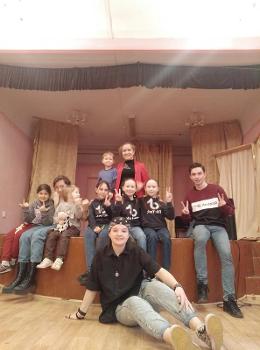 “In such difficult times it is important to support each other. We, the volunteers and activists from the Faculty of Chemistry came to visit the children, because we understand that games give them positive emotions and experience. We believe that small but regular actions produce meaningful results in any aspect of life. Together we make the world a better place, each of us contributes to the overall puzzle, which becomes a big picture of goodness,” emphasised Ekaterina Burdovitsyna, first-year student at the Faculty of Chemistry.