VSU in the National Aggregate Ranking

The ranking considered six parameters which are based on the open databases and meet the requirements of publicity (the information is publicly available), stability (the parameters have been present as least for three years and are assessed on a regular basis), and massive involvement (at least 100 universities are compared). 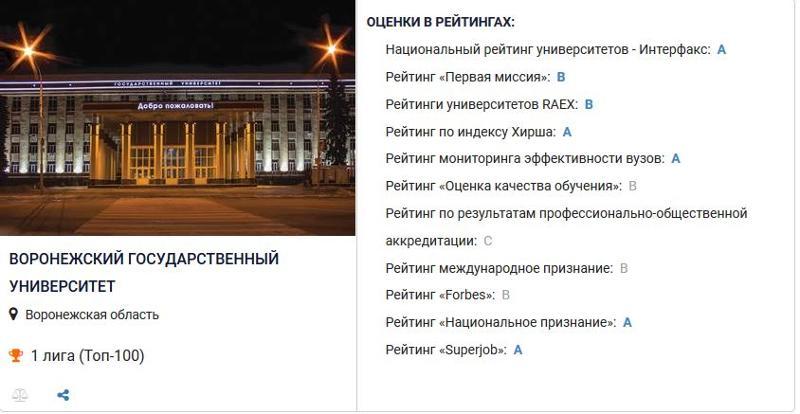 Each ranking has a ranging scale. As a result, within each ranking each university is attributed to a specified group and gets a grade (“A”, “B”, “C”, “D”, “E”, where “A” is the best grade and “E” means that the university was not assessed by the ranking).