A computer graphics laboratory opened at the Faculty of Computer Sciences

On 28 April, a computer graphics laboratory of Voronezh State University opened at the Faculty of Computer Sciences. It is housed in the renovated classroom No. 293. The ribbon was cut by the Rector of VSU, Dmitry Endovitsky, and Andrey Krovopuskov, a graduate of the faculty and director of a software company for creating digital characters for games and film. 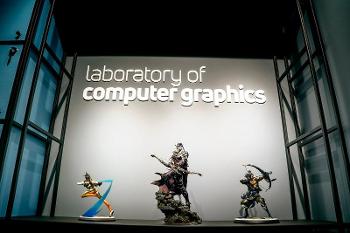 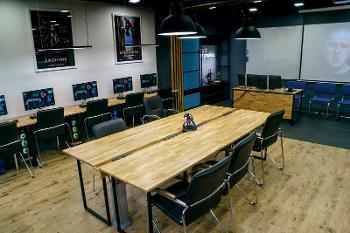 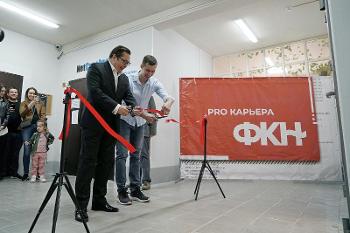 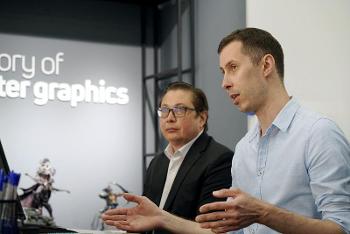 “This story began when Eduard Algazinov brought us a camera and said: “Guys, go film something”. From then on, every year for Students’ Spring or First Year Students’ festivals, the faculty’s students made films with computer graphics. Eduard Algazinov did one more thing back then: he allocated us a small classroom with two tables and a computer, on which we installed 3D software. This classroom became a place of attraction for students united by their love of 3D graphics. Most of us continued to work in this field after graduating: creating videos, working on cartoons, and coming up with software that is now used by Hollywood. The camera and the classroom were the spark that ignited these endeavours in us. Today, by opening this lab, we attempt to ignite that very spark in students,” said Andrey Krovopuskov. 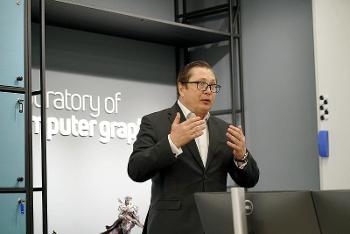 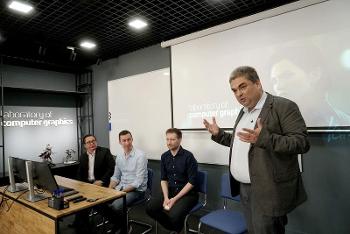 Three of the computers in the classroom have been specially configured to work with graphics. They have good graphics cards and separate drives for storing large projects. As Andrey Krovopuskov noted, lectures will be held in the classroom, where students can learn, for example, how to create special effects for films, how to scan a person, and how to write good code.

Alexander Krylovetsky, Dean of the Faculty of Computer Sciences, emphasised that the laboratory shares the spirit of the faculty.

“I congratulate everyone on the opening of the new lab! I hope that it will become popular place among our students.”