Second and third year international students from the Faculty of Philology at VSU became winners and awardees in the 8th “We Speak Russian” International Competition in Russian as a Foreign Language, held in in-person and remote formats. The competition was organised by the International Education Faculty and the Department of Russian Philology at Tambov State Technical University. 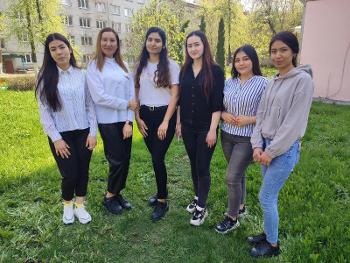 First places in the essay competition were taken by Maisa Khydyrova, a 3rd year student, and Ovezbike Babakulova and Dilaram Haytbaeva, 2nd year students. Second place in the same nomination went to 3rd year student Fazilat Baltayeva. For their essays the students chose the themes “My first encounter with Russia”, “The Russian language in the modern world”, “Why am I studying Russian?”, and “What to choose? My dream profession”.

Second places in the recitation competition went to 3rd year students Lachyn Nurullaeva, who recited Konstantin Simonov’s poem “Wait for Me” and Sakhiba Sapaeva, who recited a piece from “Borodino”, a poem by Mikhail Lermontov.

The Rector’s Office of the Tambov State Technical University thanked Elena Plyaskova, Associate Professor at the Department of Russian Literature of XX–XXI Centuries, Theory of Literature, and Humanities at the Faculty of Philology of VSU, and Elena Kuydina, lecturer of the same department, for their active role in preparing the participants for the competition.